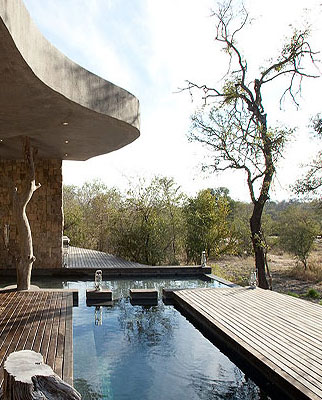 We leave the Timbavati game reserve and make our way towards Sabi Sands. We drive through Buckbush Ridge and then onto Acornhoek.  This is a local town and totally heaving with activity….people walking around, loads of cars darting here and there, many cutting us up but Soph remained very cool. There are many barber shops in the form of tin shacks, one of our party was tempted to go and get their haircut… in some ways I wish we had! We head towards Manyeleti and Hluvukami and pass the Uthar clinic to arrive at the Gowrie Gate and enter Sabi Sands Reserve.

We enter Sabi Sands and head off down the dusty roads towards Chitwa Chitwa. This is one of the camps I have been most excited to come and see as I have heard many fantastic things about it. We arrive in perfect timing for lunch and were greeted by Bosi. We are shown to our room in lodge number 7. What a spectacular place to stay! The rooms were vast, absolutely vast. From one side of my room to the other it was a about 20 strides and then a further room, the bathroom and following on from that another bedroom, just as large with a fantastic outside shower and then a large expansive decking with its own plunge pool all overlooking a vast lake, the side of which abuts our cottage. After a light lunch of fresh salads and home made quiches, we had a quick dip in the plunge pool whilst watching a few hippos and then a crocodile meandering across the lake towards two unsuspecting Egyptian geese!

We meet back at the main area for a spot of tea and then set off on a Game drive at about 4pm.  Our guide is Surprise and tracker is Randolf and we are joined by two Canadian, who are first time safari goers Brian and Jason who come from Toronto.  As we leave the lodge we head off towards the end of the lake and watch a herd of elephant quenching their thirst.  This was a breeding herd of all ages ranging from baby calves to grannies.  The guide says he will position the vehicle so that hopefully when they leave the lake they will pass directly past us.  What a sight, the herd of about 35 elephant pass either side of our vehicle within touching distance of about 5/10 metres, just magical.  It is so amazing how these wild and impressive animals look at the game vehicle and basically ignore it.  It is because they have grown up seeing these vehicles and know that they are not a threat.  We are told not to stand up or break the outline of the vehicle as this could threaten them and then they might take protective action.  With regards to this our guide, Surprise, tells the story of an injured Rhino which had been tracked by a game vehicle before being darted by the vet.  The Rhino recovers from its injuries but subsequently is known to chase and attack other game vehicles as it relates its injuries to a traumatic experience.  One of our Canadian passengers reacts to the elephant passing almost within touching distance, by bursting into tears as he finds the whole thing so emotional. We then come across a single male lion with the most gloriously ginger mane, before travelling along a dried up river bed to find a pride of 11 lioness and cubs, three older females, four year old cubs and four very young cubs no more than ten weeks old, just absolutely edible in cuteness.  We are again within 10 metres and watch them for some time just playing and rolling around in the sandy river bed. 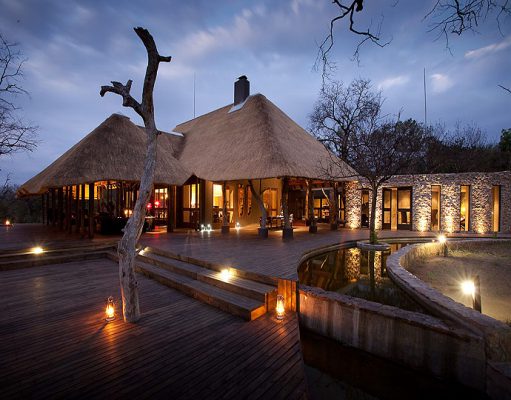 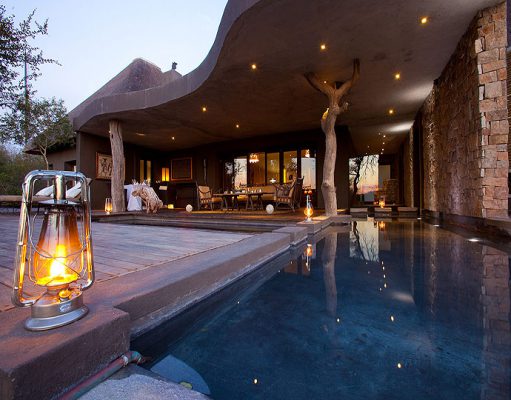 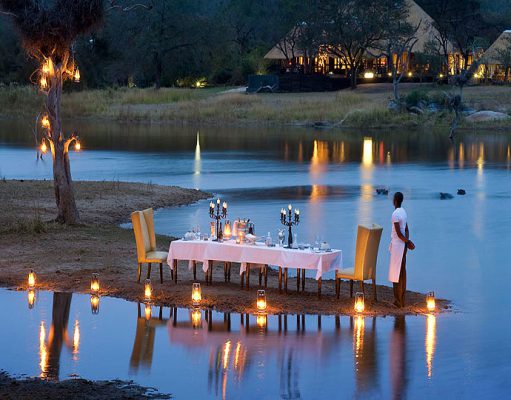 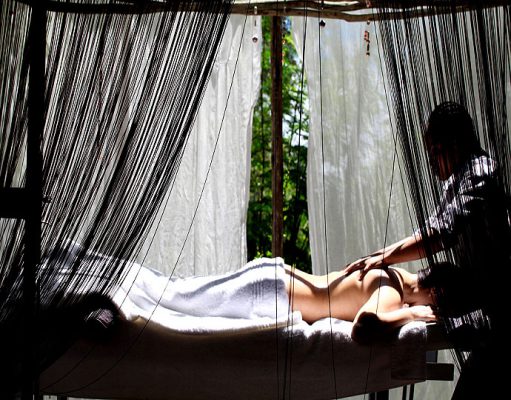 We have a quick sundowner, the heat of the day still emanating from the earths surface. We then head back to camp to be told that there is a surprise as to where we will have supper tonight. I love that these lodge keep everything so spontaneous, so that you are looking forward to different things and small activities every day. We head back briefly to our room before heading out again on the game vehicle travelling about ten minutes to the local airstrip, which is literally just outside camp.  They had set up a stunning bush supper on the airstrip with candles and white linen table clothes along one long table.  As we are having supper three hyena appear on the edge of the light having smelt the cooking meat. As we had supper an electrical storm was forming in the distance which was immensely impressive with its power with its bold flashing lights getting ever closer.  The wind suddenly picked up at the end of supper and the general feeling is that we need to get home quickly and that we may well expect rain overnight.

Our morning wake call came again, so I walked up to the huge main mess area with its huge ceilings underneath a thatched roof with sittings rooms inside and out looking onto a vast deck over the lake. All the interiors within Chitwa Chitwa are on a huge scale which is seriously impressive. The game drive unfortunately didn’t start well, the weather wasn’t too good with drops of rain here and there. Surprise popped his poncho on and sure enough the rain stopped. We then made our way to one of the fence lines where there were reports some three lionesses had brought down a huge Kudu. Sure enough, on seeing the fence line in the distance, our eyes were drawn downwards to see a lioness lying in the road, to her right was indeed the carcass of a huge Kudu, you could tell this because of his huge curled horns. Six hyena were loitering nearby waiting to either chase the lion away or to try and grab a piece of the kill.

We return to camp for some breakfast. The food at Chitwa Chitwa is honestly one of the best, there was everything you could possibly imagine for breakfast and they even catered for every possible food intolerance or specific diet, it was incredible and all home made to perfection. To top this off, breakfast is usually served by the banks of the river underneath a cool thatched roof with beautiful birds in abundance chattering around our heads. Chitwa Chitwas was a memorable experience and if I could, I would happily stay there forever.