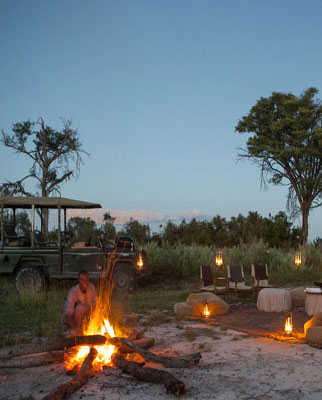 Lion Camp is situated in the remote south Luangwa National Park, Zambia just 40km from the main Mfuwe Gate. The camp sits on the banks of an oxbow lagoon ‘Wafwa’ and an open plain, which has a regular stream of grazing and drinking mammals. The camp sleeps a maximum of 18 guests and each chalet has their own private decks, guests will feel uninterrupted by anyone else. The communal area has lounging space, a swimming pool, a bar, a library and a shop and regularly has a refurbishment, the last one being in 2010 and there is currently one happening now. The lodge will be closed until May 2018.

The camp refurb is going really well, the main area has come along nicely and the thatching on the roof is complete, to ensure even better views than before the roof has also been raised. The lower deck has been extended as well as new guide accommodation being built, the timber being used is called Rhinoboard (one of the most sustainable building materials available). All is going according to plan and seems to be on time, the team cannot wait to open and show you all the finished product, we are sure excited.

If any of you watched the ITV documentary filmed last year at Lion Camp, called lion Country you will be familiar with some of the resident lions in that area. The camp may be under renovations but they are still keeping an eye on what is going on with the wildlife. 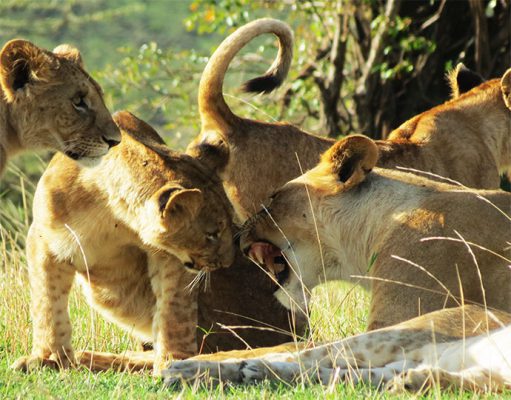 Rosa (who mothered Ziggy and Prince last year) has new cubs that are about 2 months old.

There is a film crew in camp at the moment who are following leopard movements and there are some exciting happenings;

Malaika a female leopard has had a cub (about 3 months old) and Luambe the dominant and suspected father of Malaika’s cub. The crew spotted Malaika being aggressive towards Luambe and they assume this was because she was protecting her cub, he moved off and the cub was unharmed.

Other exciting wildlife sightings near camp are; wild dog spotted making a den, a herd of Cookson’s Wildebeest, a small hyena pup and a large number of yellow-billed storks.

Spotlight on the staff at Lion Camp

Sylvester works as a chef in the camp preparing delicious food for the guests, but he has not always worked in the kitchen. He started out his working life constructing scout houses and working as a porter for anti- poaching patrols. He joined the camp 18 years ago as a staff cook and in 2008 became a camp chef. He cooks an array of delicious dishes, carrot cake being his absolute favorite. When at home Sylvester lives with his wife and children in Mkasanaga, during the rainy season when the camp is closed he enjoys farming. He plants sweet potatoes, groundnuts and sorghum and enjoys watching football. During the refurb he is cooking for the film crew and also helping with some of the building.

We look forward to receiving more information from Lion Camp and wish them all the best during the rest of their refurbishment and the opening next year.