Pamushana (Malilangwe near Gonarezhou, Zimbabwe) sneaks up on you, you arrive and are immediately bowled over by the location of the lodge, friendliness of the staff and the uniqueness of the rooms and decor. But the strong bond you form with this amazing piece of land and its people is something which develops over time.

Dharmesh our guide was sensational – with a healthy respect for the bush the walking safaris were second to none, quiet, calm and peaceful. Robert our tracker worked with Dharmesh to make you feel completely at ease in the bush. Despite the abundance of big game here you felt complete confidence in their quiet but never ending bush sense, they were very reassuring. We were lucky enough to approach a lioness and her younger cub on foot, standing quietly downwind from the lions who were also at total ease with our presence, testament to the guides here who are knowledgeable enough to ensure encounters on foot are as relaxing for the animals as they are for the guests.

On day two we found two male cheetah sitting below a rocky ledge overlooking the entire reserve – again Dharmesh expertly walked us down to a spot just below the boys and we sat as the dusk set in around us, listening to the night sounds of the bush draw in as the cheetah relaxed above us, periodically watching us with curious big golden eyes. It was a beautiful and special encounter which will remain with me for many years.

The lodge itself has employed a magical team of staff who are not only able to offer some of the best service we have encountered anywhere but have also managed to keep their own characters intact and are always there with a smile and a laugh – again this is testament to the exceptional management team in place at Pamushana, many of whom have been there for over ten years. 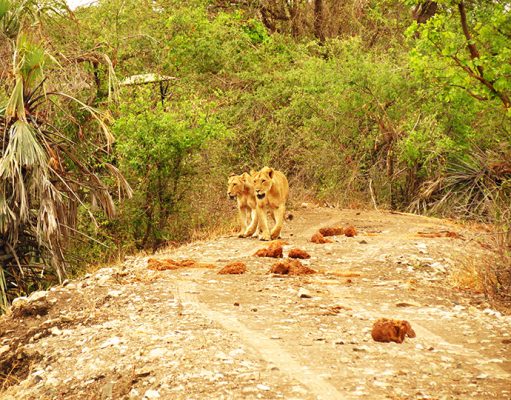 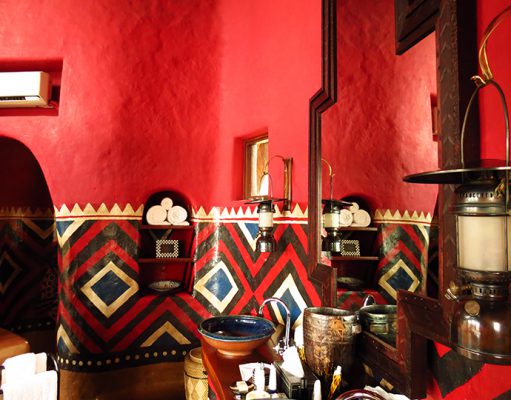 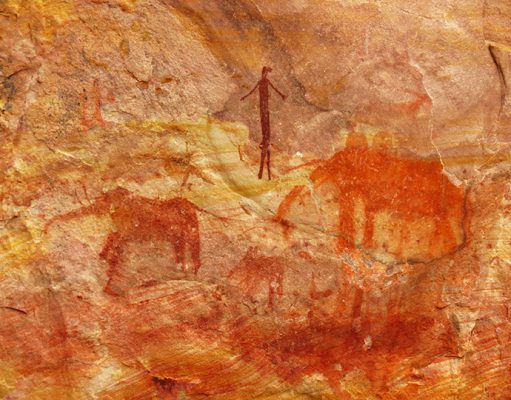 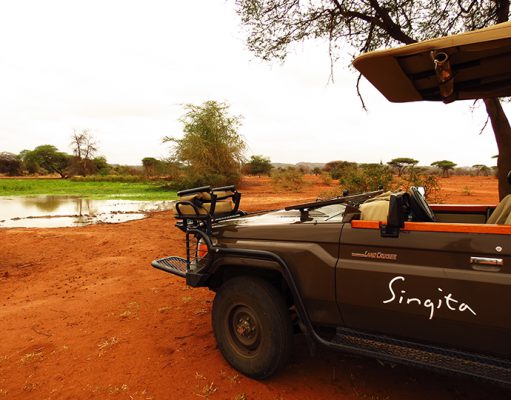 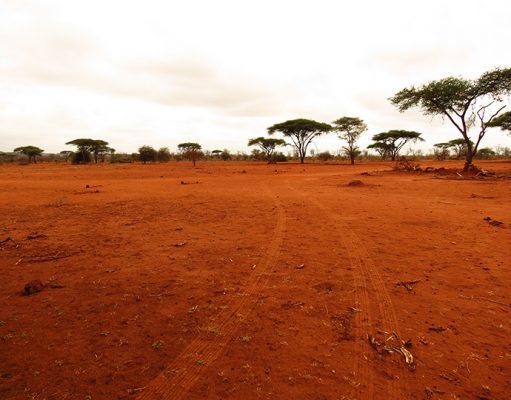 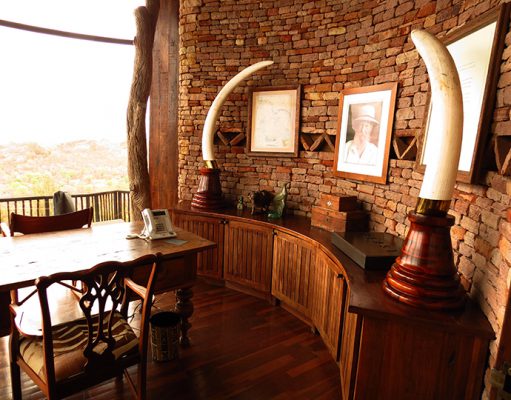 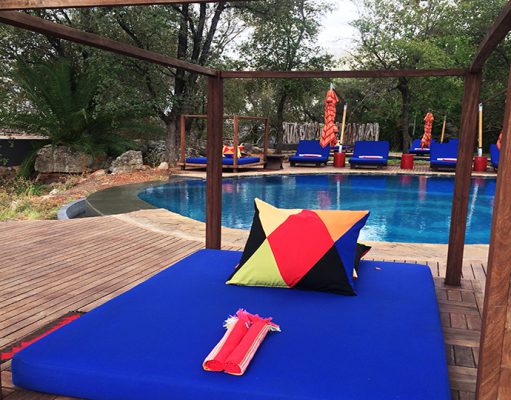 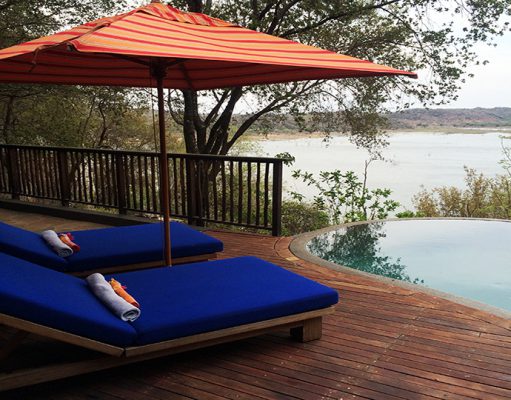 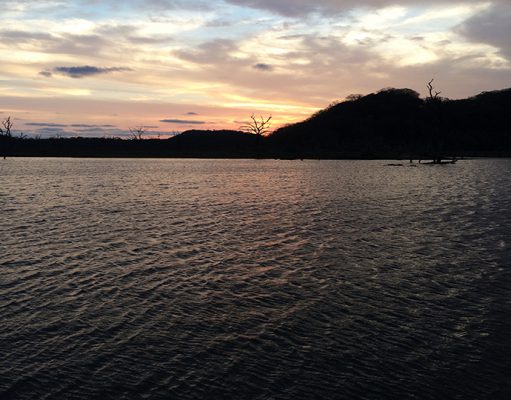 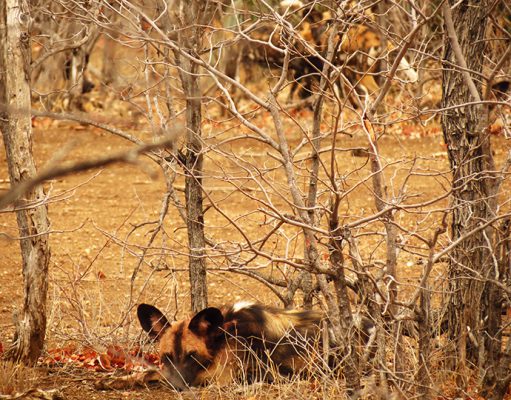 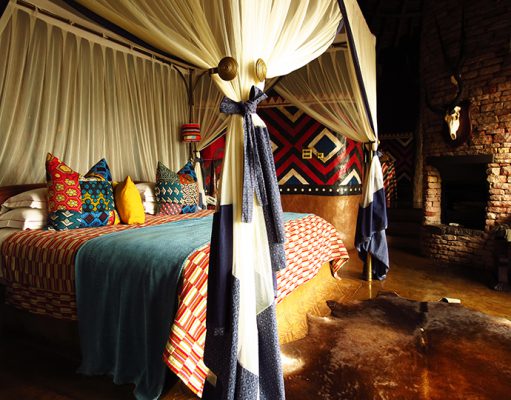 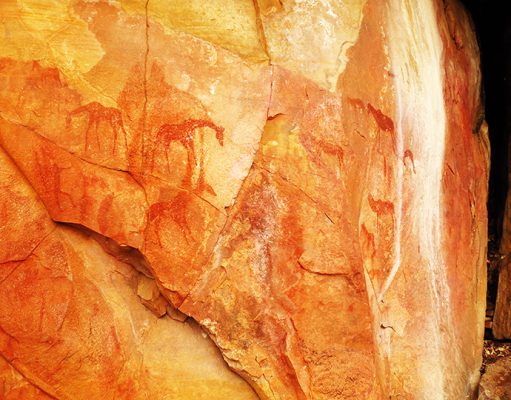 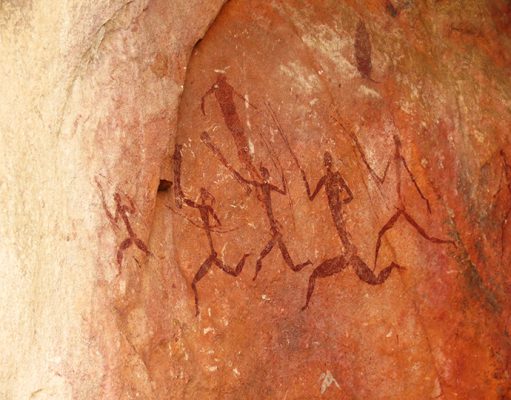 Fishing on the dam below the lodge, although unsuccessful, was another combination of magical moments watching hippos breach and snort beside us, having obligatory sundowner drinks, and peacefully bobbing away every now and again throwing a line in in the hope of catching an elusive tiger fish.

Every experience at Pamushana is a natural and authentic one – nothing seems rushed and every rhino, elephant, lion, buffalo and finally wild dog (we had an exceptional sighting of the greeting ceremony of over 25 dogs and puppies) sighting was a happy one for both guests and wildlife.

Pamushana is heavily involved in numerous projects around the reserve including everything from the weekly feeding of thousands of school children, to education regarding conservation, to the support of the traditional ways of local people. You can certainly rest assured when at Pamushana that most of your nightly cost is going into the preservation of a land, but also of the local people and thanks to the lodge and the generous donors the local economy is in a better position than most parts of rural Africa.

Eventually Pamushana leaves you with an abiding sense of peace, and of being amongst nature which is hard to capture on paper but which will stay with you for a long time and have you dreaming of this magical land, Malilangwe.