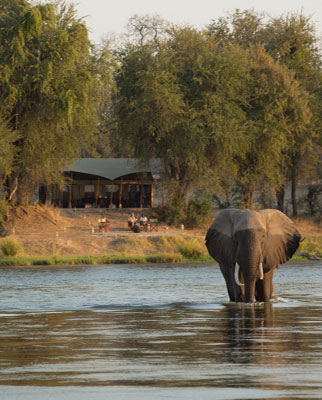 Explore the unexplored. There are very few and far between places on the planet nowadays that are completely new to photographic tourism yet lying in the heart of the UNESCO Greater Mana World Heritage Site is 120,000 hectares of pure wilderness aptly named the Sapi Private Reserve, which opened for the first time this June alongside the Greater Mana Expedition from the Great Plains Conservation.

Rewind back a few years to December 2016, Great Plains was given this former hunting concession ending all hunting expeditions hence forth and started to implement and embark on a plan to transform this phenomenally beautiful land into a pristine and prime wildlife reserve. In the same manner as it had been done before within the Selinda Reserve of Botswana way back in 2006 – this was heralded at the best ‘marginal wildlife reserve’ to now the premier wildlife reserve it finds itself in now.

Sapi Reserve is right slap bang in the centre of not only the Greater Mana World Heritage Site – Mana Pools National Park lies to its west and the Chewore Reserve to its east – Sapi Reserve also has Zambia’s Lower Zambezi National Park directly opposite its 36km of unique, beautiful and private Zambezi River frontage. Wildlife moving freely throughout this huge, contiguous wildlife area, it is very quickly rivalling the wildlife experiences of its neighbour Mana Pools – usually very hard to beat – yet with just a maximum of three groups of six guests at any one time. 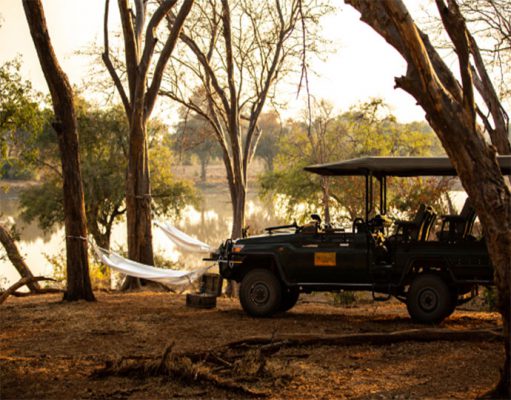 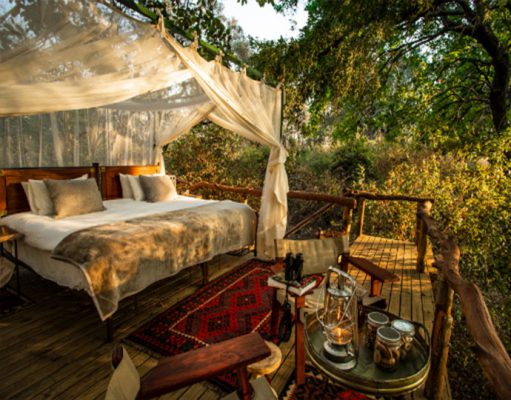 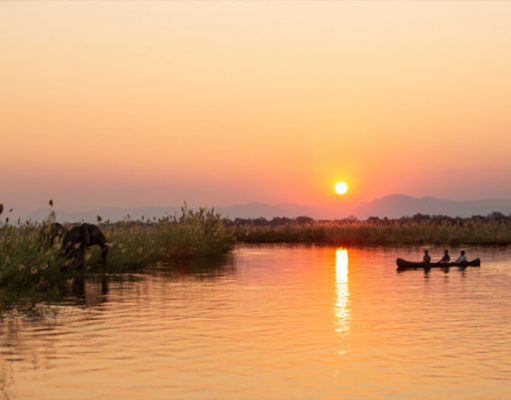 Every second day, between May and November, Great Plains Conservation runs the 7 days and 6 nights Greater Mana Expedition, a thrilling journey of adventure taking in three distinct camps and spaced 20kms apart. Each of the camps has just three accommodation units, taking just six guests with the same highly-skilled Zimbabwean professional guide throughout.

Guests are able to explore the wonderful Sapi Reserve, as well as a day in the neighbouring Mana Pools National Park, with a focus on getting back to nature: Beautiful habitat for guided walks and when based beside the Zambezi River, canoeing, boating and catch-and-release fishing. Day and night game drives too, whilst the first and last of the three camps are authentic, tented bush-camps-with-style on the banks of the Zambezi, the middle camp is set deep in the interior, a raised tree camp, with star-bed platforms overlooking the dry bed of the Sapi River and a life-giving spring line.

Great Plains, renowned for their own winning photography safaris has employed a wonderful professional photographer who has provided them with stunning new images now up on their own website and online media galleries from just one single trip of six nights in August. The photographer was lucky enough to not only see a very rare pangolin, he was also able to see lion, cheetah, elephants, buffalo and the exciting wild dog pack. As well as the truly breath-taking surrounding landscape.

Head to the Great Plains website to have a look at these sensational photographs and if that doesn’t entice you book a safari, perhaps a phone call to us may persuade you!