Happy New Year! Now let the fun of 2019 trips begin! Dust off those hangovers, come one come all, it’s time to plan that trip of a lifetime. As we said in our Christmas blog, there is nothing better than embarking on a journey of wonders and excitement especially in the wilds of Africa.

Around every corner is something new and wonderous to encounter, whether it be a herd of rumbling elephants, down to a florescent coloured chameleon perched on the end of branch, hidden behind bright green leaves. The small and the large are something special to behold.

This is the sheer joy of going on safari, you never know what to expect just around the corner. The first rule of thumb is ‘don’t expect anything and you won’t be disappointed’ and, take our word on this, this rule works every time! 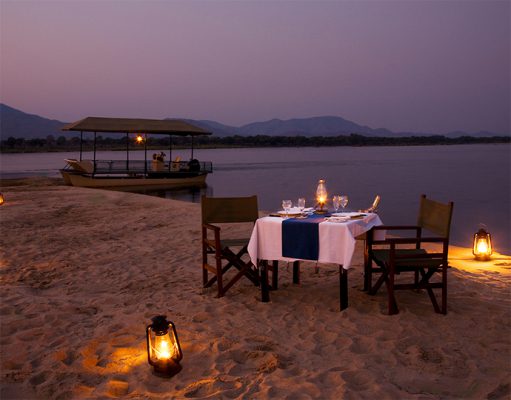 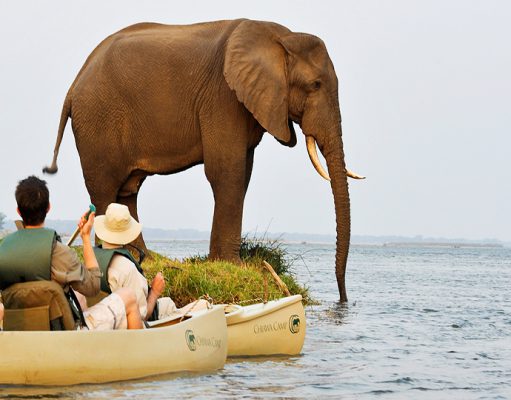 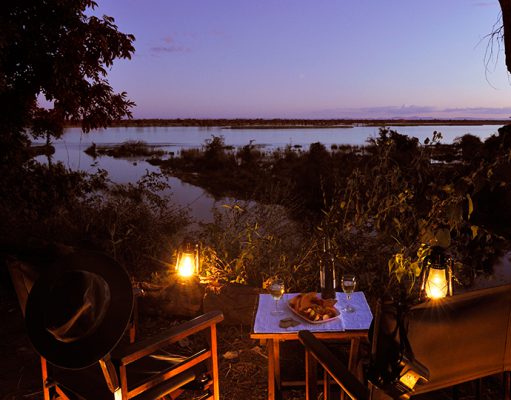 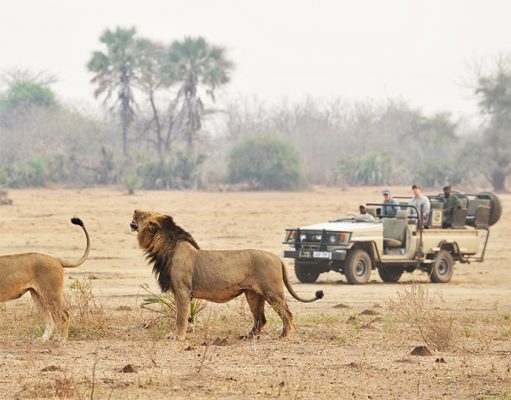 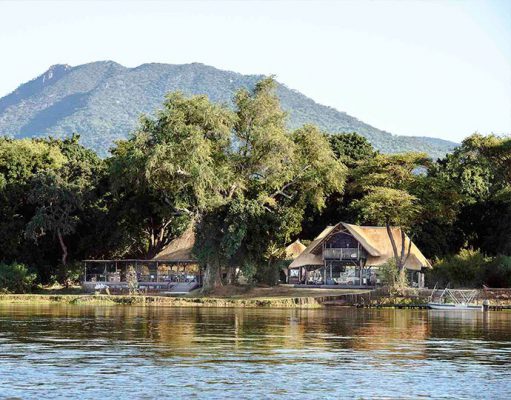 Landing for my first night in Zambia’s lower Zambezi, I was tired from my flight down from London Heathrow to Lusaka. Another small flight to the Royal Airstrip later, a short boat trip down the river to Chiawa, I barely had time to take in the utter beauty of not only my room but the surrounding area. It is honestly breath taking on the Lower Zambezi, far far beyond all of my expectations. So after a whirl wind of an arrival I was bustled, excited of course, into the luxury 4×4 vehicle and took off into the evening sun in search of wonderous animals. All the excitement and travel was beginning to catch up with me and I was enjoying just being out in the bush with sounds, sights and smells of the African bush surrounding me, the sun setting and the night time noises beginning their chorus. I actually almost found myself nodding off (the vehicles are honestly that comfortable) having not ‘found anything’ for quite a while, we stopped the land rover, turned off the lights and took in the beauty of the stars on this quiet night. Sure enough, no sooner had we began to discuss the milkyway, ursa major and minor, we heard the alarm call of a troop of baboon. Key turning, engine igniting, lights on… we were off. We turned right around a bend in the track, where the bush opened up into a large clearing with groups of impala eyes reflecting back at us. And looking to my left and right and straight ahead, there were lions appearing out from the dark surrounding bush. There was an alarm bark from an impala nearby, the herd darted in panica and quick as a flash from behind the car, we heard, what can only be described as the sound of someone running into a brick wall, we turned the car around and away a lioness dragging the limp body of a large impala away.

So, the proof is in the pudding as they say and here, right before my very eyes, something I really wasn’t expecting had just unfolded within seconds in front of my very eyes. I now have memories that will never fade, nor grow old but will last a lifetime in my memory album, just for me to dip in and out of whenever I want and a fantastic story to tell friends and families for a lifetime.

Now is the time to book your trip of a lifetime to come home with memories and stories such as these. Happy New Year to everyone from myself Sophie and Rose from The Luxury Safari Company. We are already very excited to start planning your up and coming enquiry!