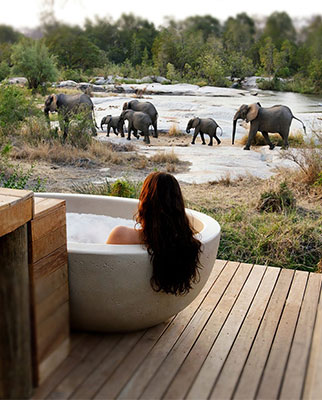 What is trending this week at Londolozi game reserve? Well, many things to be honest, Londolozi is not quiet on keeping us all well and truly up to date with all the goings on within the camp walls and what is happening on the other side of the camp ‘walls’.

The newly refurbished Private Granite Suites incorporate the origin of water as its primal basis. Located on the banks, low in the Sand River you are surrounded by the wonders of water and the new suites truly embrace this. The Private Granite Suites are for those who are looking to hide away, cocoon themselves perhaps and experience meditative luxury. To return to the simplicity of nature. Flanked by an extrusion of granite rocks, an effect echoed by the décor’s bold materials with a silver, charcoal and elephant grey palette throughout. A stunning sunset river bar and sunken cocktail lounge is suspended high above the Sand River where breeding herds of elephants that wander frequently throughout the meandering ancient river ways. The suites ultimately blend the boundaries between inside and outside, creating an almost seamless integration with nature – large doors and windows open directly onto the Sand River. Each private suite has a luxurious outdoor bath and private, heated swimming pool. With only 3 rooms and 6 guests, each suite embracing Africa’s raw essence with contemporary and elegant, it is surely one southern Africa’s most exclusive camps. 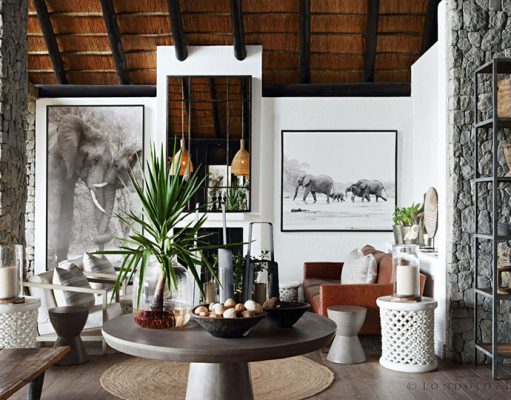 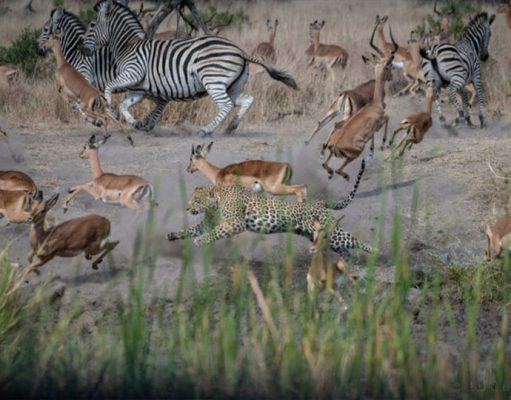 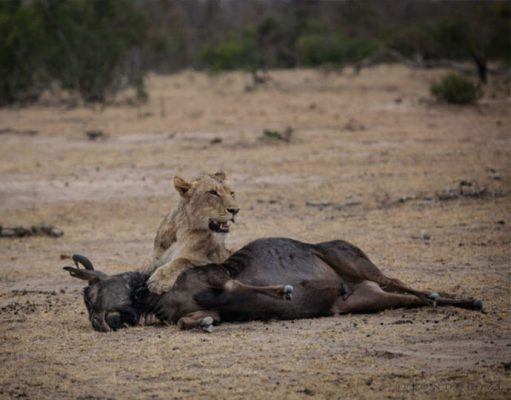 Londolozi is famous for its fantastic leopard sightings and the Hosana male leopard is certainly a new face within the area. He is also proving to be quite the show man too providing guests and guides a like with the most phenomenal sightings. One of the rangers, Alex Jordan, has captured one particularly dramatic episode.  In the words of Alex, there is an enormous amount of luck when it comes to being in the right place at the right time for spectacular wildlife sightings, and this was one such time:

‘As he (Hosana the male leopard) approached the pan, his body posture lowered, he slunk around the edge of the water. We realised there was a herd of impala behind us. Was he interested in hunting of was he looking at quenching his thirst out of sight of the herd? When he walked past every drinking opportunity and nestled up in a thick bush only meters from the most used and freshest water point, we had a good idea what his intentions might be… After a number of spooked attempts, they eventually committed to the pan. Our cameras were lifted and ready as we set focus and shutter speeds on the drinking impala. As the impala gathered en masse and sucked up the water, the now peaceful scene exploded in a blink of an eye. The young male leopard burst out, tearing towards the impala – one impala in panic dashed for the muddied pan and the leopard followed. Covered in water, with paws bogged down in the mud, his pace slowed and the impala ran for its life. The leopard scampered out of the pan and slunk away, right past our vehicle, alarm calling the impala gathered together in a tight group. Missed! So many impala right at his claw tips!’

I am sure you have kept up to date with the almost soap opera like episodes of the prides of lions within the area – well not only has the Birmingham five taken over the territory from the once famed Majingilane pride who have ruled for nearly a decade, but the woeful story of the demise of the tailless and tailed sisters from the Tsalala pride sadly passing away in February and then in June, leaving behind one lone, solitary female. This female has been used to being in a large pride and watching her survive without the support of other lionesses has been thoroughly interesting. She has been seen walking the same well-trodden route the Tsalala pride used to tread, looking up into trees in search of any left-over kills from leopards and sneaking up on hyena hoping for a small morsel of food – nothing seemed to be helping her and her frame was becoming increasingly skinnier every day. Until, an opportunity arose! She surprised everyone and took down a female wildebeest! Excellent news.

Watch this space for more news from the Londolozi team!