If you have ever been on safari before, you must remember one of your highlights being the stars at night. With little to no light pollution at many of the lodges we send you to, the stars come out in force and it really is a sight to behold. The stunning white curve of the twinkling milky way shines bright as anything lighting up the way on a clear night without the glow of the moon. With the expert eyes of your guides he will be able to show you where ursa major and minor are, the southern cross and perhaps even the dark and magical coal spot!

From Londolozi, here is a brief update of their starry starry nights!

‘In the Lowveld region of South Africa in which Londolozi finds itself, the end of the year is a time of rebirth – the rains come, and new life is everywhere, from impala lambs to migratory birds flocking back in from northern climes. One doesn’t have to look far to find metaphors for our own lives in the little family units that are becoming more and more prevalent in Londolozi’s wildlife population with each passing day.

An incredible sighting of a giraffe giving birth was witnessed by two Londolozi rangers, and wellness therapist Christina Fox looks at how grooming is not only relevant to mothers and young in wild animals but in humans too.’ 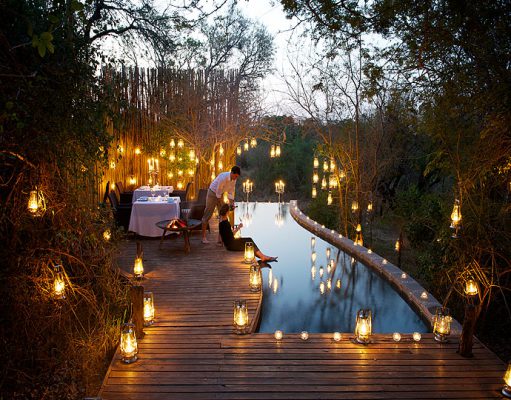 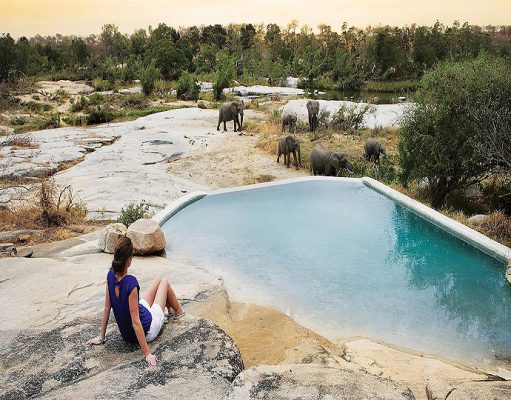 Londolozi have spotted a very rare white elephant within the Sabi Sands. On viewing a grazing herd of elephants, the rangers became aware of a small calf, not only was he small, quite newly born, but he was a very different colour to the others surrounding him. His skin was lighter with a slight tinge of pink patches around the eyes, ears and trunk. First thoughts jumped to the poor calf being injured but on further inspection, looking into his eyes, they could see they were a light blue colour. Thoughts then turned to the calf being albino, or white elephants which they have become more commonly known as. They are very highly regarded in Asian culture. In fact, with further research, albinism and leucism are quite commonly confused.

‘Leucism is a condition in which there is partial loss of pigmentation in an animal resulting in white, pale, or patchy coloration of the skin, hair, feathers, scales or cuticle, but not the eyes. Unlike albinism, it is caused by a reduction in multiple types of pigment, not just melanin.’

It is clear the calf had blue eyes. In cases of albinism, lack of pigment in the iris of the eyes results in the blood vessels under the retina being exposed, giving the eyes a pink of red colour. This wee baby elephant calf has leucism. Thankfully life should go on as normal for this small calf with it only having to battle with a slightly higher sensitivity level to sun. It is going to be very exciting to watch this calf grow and develop!

Book your time at Londolozi next year so that you can hopefully get a glimpse of this unusual calf for yourself!