Continuing our ‘when’s best to travel to Africa’ we are going to focus on three more wonderful locations on this varied continent. We hope you found our previous blog of help, as mentioned, the world wide web can be a daunting place to start when searching where you want to go and at what time of year is best. Africa has so much to give and whatever time of year you plan to travel, there will be something special to enjoy. Today we will be focusing on Zambia, Zimbabwe, and Botswana.

ZAMBIA – End of May through to mid-October is the dry season. As the vegetation dies back, it makes it easier to spot wildlife. They gather around the remaining watering holes and don’t tend to stray too far away. There is a chance some parks will be busy with crowds, especially Victoria Falls (best time to see Vic Falls is between June and September) but many parks won’t be hugely affected. The days will be warm and can get to quite high temperatures in September and October but do pack something warm for the evenings and night drives, as soon as the sun sets, the temperature tends to drop.

Between November and April is the wet season, the rains will begin to arrive in November, but this will only be short and often during the afternoon during siesta time and shouldn’t affect your safari. At this time of year, you are likely to see a lot of babies as plains game drop their calves. It is especially good for birding enthusiasts with lots of migratory birds arriving and staying during these lush months. Unfortunately, some lodges and camps in the South Luangwa, Lower Zambezi and Kafue do tend to close their doors during these months, but it is worth finding ones that are still open to stay as this is a very beautiful month to visit Zambia.

The rates at camps during the wet season will drop and during the dry season the rates will likely be a little higher.

ZIMBABWE – Zimbabwe is like Zambia being next door to one another, with the seasons reflecting this. From April through to October, this is the dry season. The vegetation will have died back, and wildlife viewing is much easier with animal’s flock to watering holes. The temperature during the days will be warm and pleasant and nights similar (but do pack something warmer just in case!). Visit Victoria Falls during these months, the water levels will slowly decrease making the spray less intense when visiting and making the views of the falls much more spectacular, because you can actually see them!

From November through to March – the wet season – the vegetation becomes lush and vibrant, with migratory birds visiting enhancing the noises of the bush to become alive – if bugs aren’t your thing, during November through to December watch out for the ‘Christmas Beetle’ or cicadas. They are totally harmless but are not dissimilar to the snitch from Harry Potter and make a very loud screaming noise when you drive past the morpani bushes they like to gather in. Rains are likely at this time of year but shouldn’t affect your safari, you can often see the most incredible afternoon storms, with fork lightening stretching across dark skies, which is quite a humbling experience. At this time of year temperatures are very very warm and humidity a common problem.

During the wet season, the rates at many lodges drop and you may often be the only one staying in lodges which can make your experience incredibly exclusive. During the dry season prices at lodges reflect the popularity at this time of year as well.

BOTSWANA – Between May and October is known as the dry season in Botswana where viewing the wildlife becomes a lot easier as the vegetation dies back and animals’ hub towards remaining watering holes. This does however affect some activities some camps have, such as mokoro expeditions and river cruises.

Between November through to April is known as the wet season. The scenery is much greener with lots of new-born animals and migratory birds frequenting the Delta, Savute, Linyanti and Chobe areas. January and February you are likely to experience more rain than normal, but if this doesn’t stop you, you will enjoy less crowded parks. Some lodges and camps do close their doors within these two months but the ones that remain open will ensure your stay is exemplary.

As with many of the camps, the seasons reflect the rates. During the wet season the rates are likely to be much lower and within the dry season the rates will be higher. Make sure you pack something warm as temperatures tend to drop during the nights but will be warm and ambient during the days.

Our next blog post we will focus on the coast, from Kenya’s wonderful Lamu area and Zanzibar’s historical and culturally diverse history, to Mozambique and its surrounding archipelago. Stay tuned! 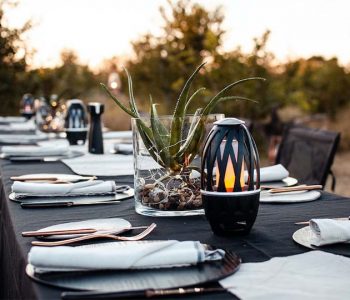