Cheetah. A truly remarkable animal. One of the fastest moving land mammels on the planet – apart from Usain Bolt! We would like to tell you about an extraordinary cheetah in the Masai Mara, Kisaru. Kisaru has risen to fame in the Masai Mara North due to her amazing skills at keeping all six of her cubs alive and well fed. It is commonly known that cheetahs can have large litters, such as Kisaru’s family, but it is more uncommon that they successfully manage to raise all of them to adulthood. The Mara is known to have a few of these super mum cheetahs, but the odds are normally against then and only a few will ultimately make it to adulthood.

The cubs were born in the last week of July in Enonkishu conservancy through to Ol Chorro, Lemek and now more recently have taken up residency in the Mara North Conservancy. Cheetahs and their cubs, tend to move a lot with a region so they can learn about the different types of habitats as well as to experience encounters with different types of prey, food competitors, humans and other predators. This allows cheetahs to develop different behavioural strategies that all help with their own survival.

A bit of history about Kisaru herself, Kisaru is the daughter of Amani and in the granddaughter of Saba which means she comes from extremely good genes and is proving to be a super mum to boot, especially as this is her first litter. Cheetahs have unique spot patterns on their face, chest, body, limbs and tail – almost like a human fingerprint – which makes cheetah identification possible from as early as one month old. As cheetahs get older, their spots become more predominant which allows cheetah researchers to be able to track cheetah lineage. 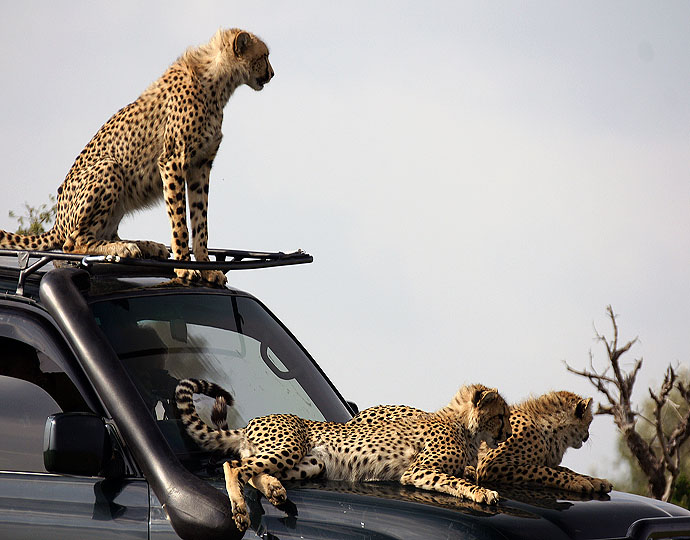 Kisaru is hunting on a daily basis as she has many many mouths to feed! Clients have been lucky to see her in action and the rangers within the Mara North Conservancies are doing an excellent job at keeping an eye on this super star. 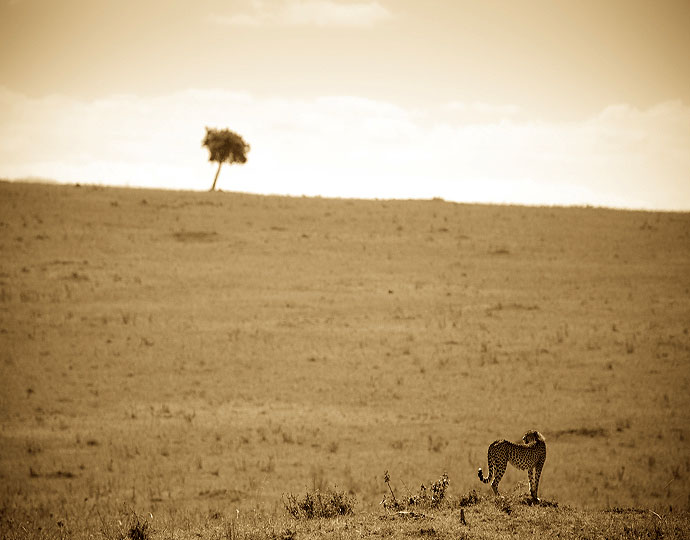 Cheetahs are but one of the fabulous animals you are likely to see when staying in the Mara. There is an array of different big cats with fabulous stories behind them. The guides who will guide you have worked in the area for many years and often or not, so have their parents, so they can tell you old and new stories about the history of certain prides or cats. 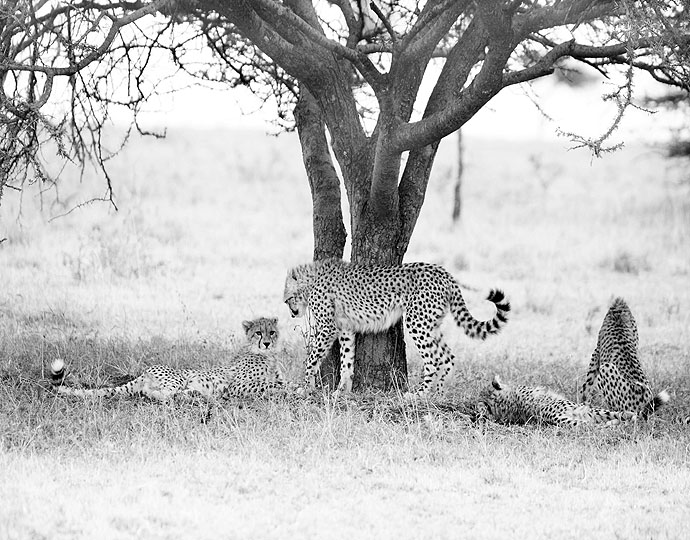 The prides of lion surrounding Offbeat Mara are some stories not to be missed. There are at least three different prides and over the years they have crossed paths, fought off wayward males from other areas and the birth of new life is a frequent dramatic occurrence that will lighten the hearts of the coldest people – how could you not love a small, cute fluffy lion cub.

If you would like to see Kisaru and her cubs in the Masai Mara, then we are here to help!