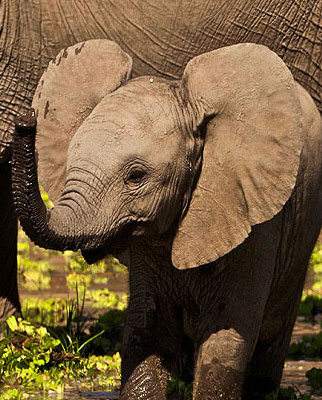 In Hwange National Park in Zimbabwe lies the new addition of Hwange Bush Camp and the already established Camp Hwange.

Hwange Bush Camp will operate as a seasonal camp in the north of the park. The camp will be operational for the months 1 May-30 November, the camp consists of 6 double ensuite canvas tented rooms and the camp is also eco conscious and runs on only solar power. From the camp guests can enjoy safari’s both on foot and in the fully kitted out 4×4 cars with a trained personal guide. Evenings are spent in good camping tradition by the fire, whilst meals are prepared on the camp kitchen’s wood burning open fire. The great thing with seasonal camps is that they are small and exclusive, it also leaves you with a sense of being completely and luxuriously immersed in the surrounding African wilderness. Sleeping just 12 people in the 6 ensuite tents under the shade of trees, which keeps the rooms cool during the heat of the day, the main area of Hwange Bush Camp hosts a comfortable lounge and dining area where guests can relax at any time during their stay. Hwange Bush Camp will leave one feeling like they have been on an adventure, very comfortable and exciting one at that.

Camp Hwange is the already established lodge just 1 hour from the new Hwange Bush Camp and also a 3- hour drive from the famous Victoria Falls. The camp is all under thatched roofs and the décor is understated, simple and comfortable. This camp is also eco-conscious and runs on solar energy, and set right in-front of and at the same level of a water hole so guests can look on as game water themselves. The 16-bed camp has 8 chalets all with views of the waterhole and all built to blend into the natural surrounds, this eco conscious camp runs off solar power and the rooms are a comfortable escape from the day’s heat. Walking safaris are the main activity and guests will be led by guides to track game and gain knowledge of the surrounding wilderness.

Hwange Park is the largest National Park in Zimbabwe roughly 14,650 square Kilometers in the North-west corner of the country. The park was founded in 1929 as a game reserve and 1961 as a National Park, one of the only places in Southern Africa where Gemsbok and Brown Hyena occur in reasonable numbers. Hwange boasts 100 species of mammal, over 400 species of bird and to top that one of the largest populations of Elephants in the world. Elephant populations have been highly successful in the park and so chances of guest having incredible elephant sightings are highly likely, almost a sure thing.