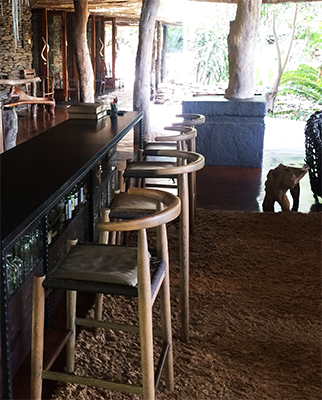 Flying into the Singita Sabi Sands airstrip your senses are immediately assaulted by the sights and smells of the glorious Lowveld. In typical Singita style a small but exceptionally comfortable club house style arrival area awaits and of course, something that is so synonymous with this world famous brand, a smiling warm face also awaits. In my case this was Wesley who was to be my guide for the next two days. I immediately liked him, he was relaxed, warm and enthusiastic and I felt myself immediately breathe out the stresses of office life and breathe in the bush. Unsurprisingly for this vast and pristine concession the game viewing up to my arrival had been exceptional. Singita’s Sabi Sands concession is vast and has only three lodges within it, sightings are limited to three Singita vehicles but more often than not we found ourselves totally alone with lion/leopard/elephant – an occurrence which is almost non existent in other parts of the Sabi Sands where vehicles are often backed up to have their turn at a sighting.

The drive from the airstrip to Ebony is just a few minutes and again I was met by the smiling faces of an unknown number of hosts – at Singita there are always so many people to look after you, but it’s never over bearing, more like chatting to your friends or family. They all show their own characters and it is blatantly obvious that these properties are simply the best places anyone in hospitality could wish to work. The food at Ebony was unbelievable, there were several choices for breakfast, lunch and dinner with everything cooked with fresh ingredients – mouthful after mouthful leaves new taste explosions and there was not one thing that passed our lips which wasn’t ‘the most delicious’ morsel we’d ever tasted. Ebony’s tea is something to be marvelled at with everything from tiny savoury tarts, to death by chocolate and light fluffy scones with cream and jam. It is safe to say you will not go hungry here and every Singita property has it’s own unique food ethos, just like it’s decor.

Ebony is understated and reminiscent of a bygone era with antique furniture adorning the rooms and main lodge. Boulder’s Lodge is nearby and is modern in style with a quirky safari twist – earthy colours combine to make the lodge feel natural, informal and relaxed despite the obvious high end nature of the design and décor. When we were here a leopard had hidden her cubs under one of the Boulder’s Suites – a highlight for the guests and handled beautifully by the guides who safely walked them in and out of their room day and night until they could be moved to give the leopard some peace. One night they returned home to find the cubs playing on the deck outside their vast glass windows overlooking the river – now that is a truly once in a lifetime experience. Castleton is a home from home for guests wishing to take a property on exclusive use – it is cosy, luxurious and a real family home with fantastic game viewing directly in front of camp at the waterhole. 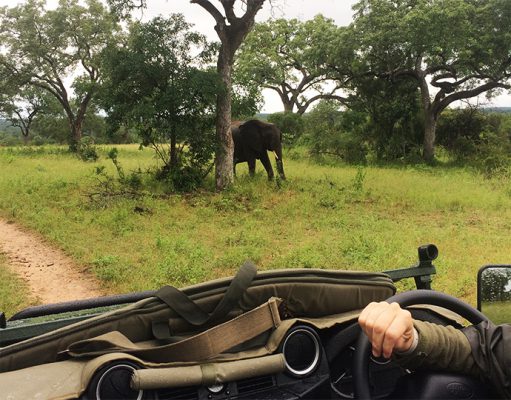 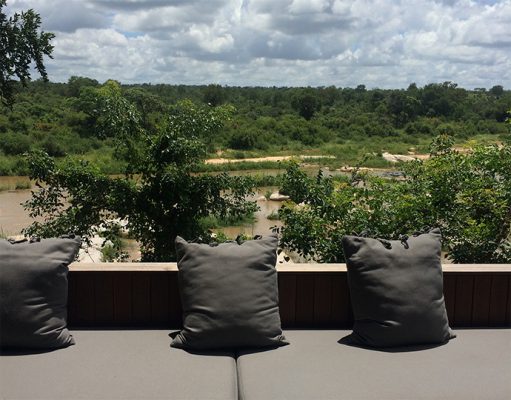 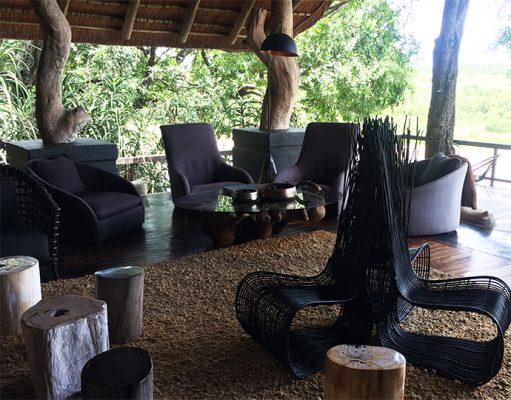 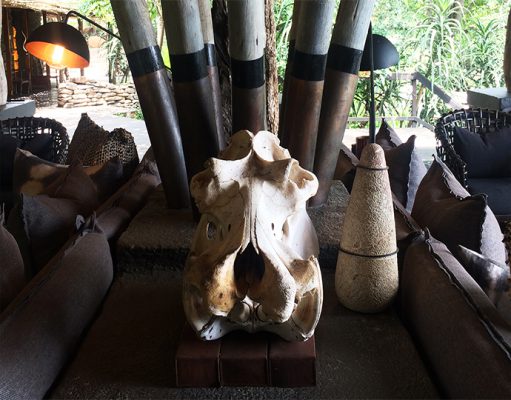 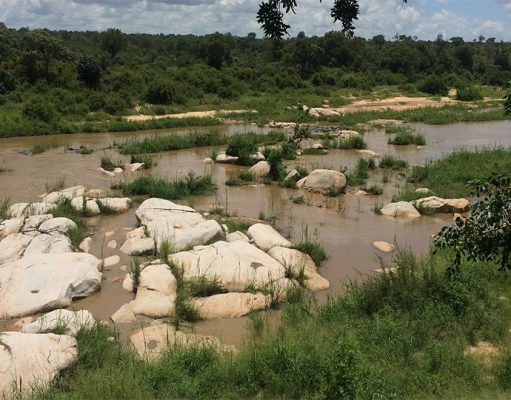 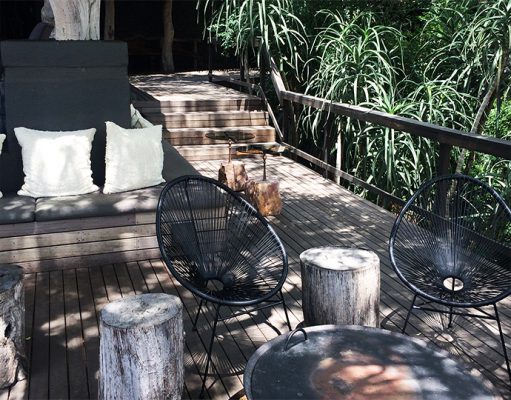 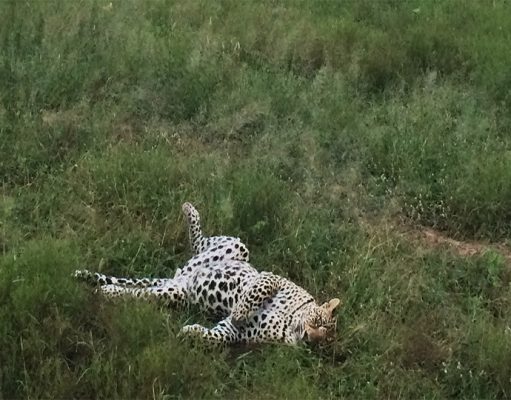 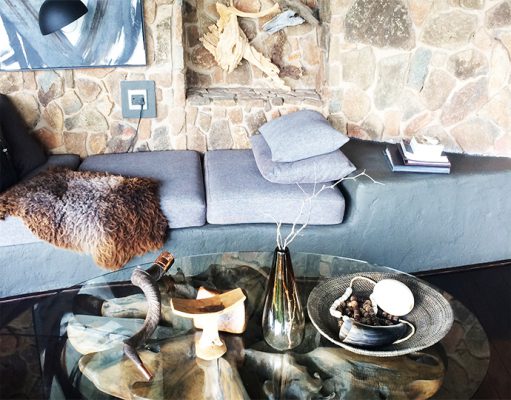 The sensational guides for which Singita has become so famous move between Ebony, Boulders and Castleton depending on where their assigned guests are staying. As described above it is safe to say the properties are some of the most unique in the World – but it is the safari guides under the employment of Singita which bring this conservation company to life and who really turn this from a top end experience into a life changing one. Wesley was fantastic and worked with his tracker Fanwell to ensure that even if we couldn’t see anything in the thick grass (natural in February) we knew exactly what had happened and where whatever we were following had gone. Monitoring game movements is important as Singita is primarily a conservation company, giving more to local communities and conservation than any other company – and single handedly defending vast areas of land which otherwise would not have so much support both for their people and wildlife.

One morning I asked Wesley if we could walk – due to a serious incident with a buffalo while walking in Northern Kenya around six years ago I only walk with guides that I feel confident in, there was no doubt in my mind that Wesley was in this category and so we set off with a plea from me to avoid any large game. Of course this is the Sabi Sands so the chance of avoiding large game is little to nil. We soon came across fresh buffalo tracks near a mud wallow – moving on slowly through the bush (which was very thick) we heard a loud snort and I practically jumped on Wesley proclaiming ‘I’m scared I’m scared’ – he calmly and expertly walked us out of the thickest part of the bush until we stopped a few hundred metres further up a short hill. I then broke into some nervous laughter as he alerted me to the fact that the buffalo was simply sneezing and hadn’t even known we were there. I immediately relaxed until a little later when walking down one of the soft sandy tracks so stereotypical of this area I heard a loud breathing very close by. ‘Wesley Wesley what’s that?’ I proclaimed in a panic – again Wesley calmly told me a white rhino had picked up our scent and was smelling the air for signs of our whereabouts – I naturally presumed the rhino was right next to us only concealed through the thick bush, but Wesley also explained it was actually around 100 metres away. In short if Wesley can get me through a walk like that, and actually allow me to enjoy it, then he has to be up there with the top guides in Africa, as one can safely say with all of the Singita guides.