In 2007 a fantastic and pioneering project was established helping young orphaned elephant calves that having been separated from their mothers through either the atrocity that is poaching, or deaths from natural causes – and so The Elephant Orphanage Project was born. Located in the Southern Kafue National Park, this wonderful project works alongside the David Shepherd Wildlife Foundation, who provide critical funding from the project. The projects mission is to rescue, rehabilitate and all being successful, to eventually release the orphaned elephants back into the wild.

Presently, this project has joined up as part of a conservation venture developed and operated by the Game Rangers International and a Zambian NGO.

Today, The Elephant Orphanage Project has two facilities – the elephant nursery located 12km south of Lusaka called the Lilayi Elephant Nursery, and then the Kafue Release Facility, EOP Kafue Release Facility, which is less than 30 minutes’ drive from Konkamoya Lodge in the Kafue National Park. There are currently twelve baby elephants at the facility ranging from 3 years old to an almost matriarchal 11 years old and they are lovingly cared for and looked after 24/7 and fully prepared to be released back into the wild.

Baby elephants usually find themselves in the orphanage due to the poaching of their mothers for their ivory and even human conflict. Below the ages of two, elephant calves are incredibly vulnerable and are hugely dependant on their mothers. Because of this combination, many very sadly do not survive without intensive care and nutrient rich milk that would have been provided by their mothers. At one of the nurseries, Lilayi Elephant Nursery, these vulnerable ellies are cared for around the clock – every three hours these babies need to be fed, this is how dependent they are. 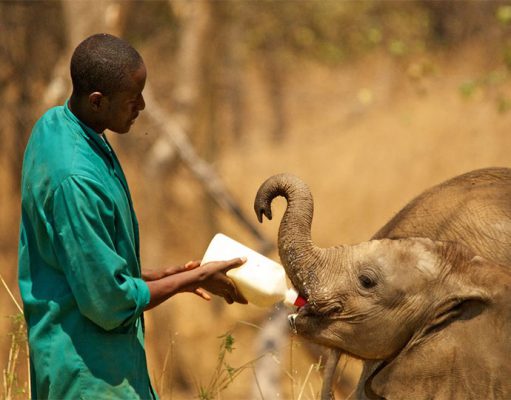 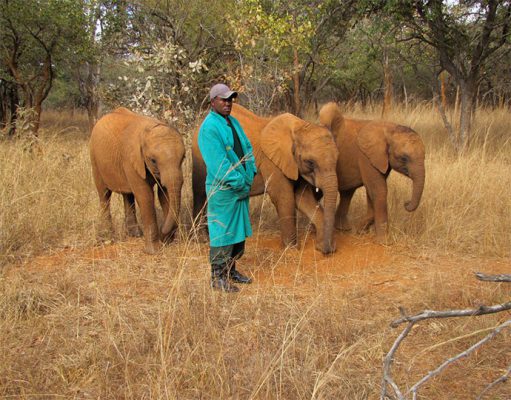 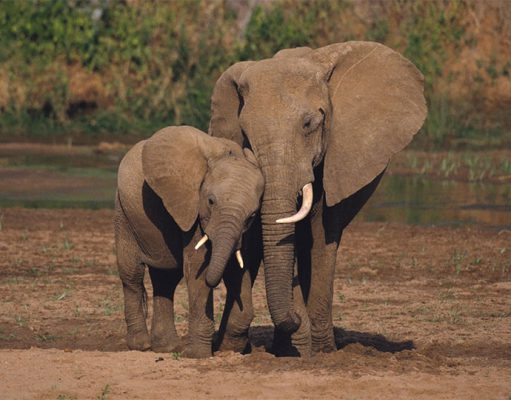 The Elephant Orphanage Project employs and trains local Keepers to watch and care for them around the clock – their duties include daily walks exploring the local flora and fauna and learning to be a proper elephant, to being with them throughout the night as many of the orphans were involved in very traumatic situations when they lost their mothers and have nightmares, so having someone to comfort them when they have these horrible dreams. Combined with bonding with their new siblings and keepers, these young and very brave elephants learn to overcome the loss of their natural family as they learn through a common bond, to become proper elephants.

As soon as the calves can be weaned from the milk and become less dependent on the keepers care, they will be moved from the Lilayi Elephant Nursery to the Kafue National Park to join other older orphaned elephants at the EOP Kafue Release Facility. Here the ellies prepare to be more independent of human support and spend most of their days browsing freely in the National Park. This wonderful facility lies right alongside the ancient Ngoma Teak Forest where there is a 1,000 strong local elephant population maximising the opportunity for the orphans to eventually and successfully reintegrate with fellow elephants back into where they should be, the wild.