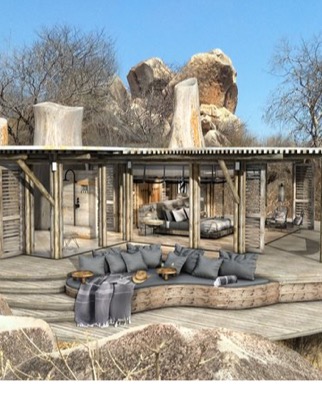 Here at The Luxury Safari Company we are very excited to announce the launch of Asilia Africa’s newest luxury lodge Jabali Ridge. Set in the heart of a 150,000 sq km conservation catchment area, Ruaha National Park in southern Tanzania, it is home to one of the largest populations of elephant on the planet, vast herds of buffalo and super prides of lion. Perched on a rocky outcrop in one of the best locations the park has to offer, Jabali Ridge, is a sophisticated retreat with spectacular views of riverbeds studded with spiky palms and broad baobabs. It is an exclusive base from which to discover Ruaha on day and night game drives and walking safaris.

A huge 29,226 sq Km, Ruaha is home to 10% of the worlds remaining lion population, the park is know for its especially large prides sometimes numbering more than 20, also home to one of just four large cheetah populations remaining in East Africa. Ruaha also has the largest population of elephant in Tanzania at C20,000. Despite its size Ruaha experiences low vehicle and visitor numbers meaning an exclusive, Uncrowded safari. Ruaha is home to lesser seen species such as wild dog, sable antelope, as well as lesser and greater kudu.

Jabali Lodge, due to start receiving guests in September 2017, is built entirely from local, sustainable wood, It is at one with nature. Almost invisible on the horizon, the camp blends seamlessly into the surroundings, blurring the lines between inside and out. Jabali is a sophsiticated oasis in a landscape studded with spiky plam trees and bulbous baobabs.

Two of these large baobab trees, dwarfing all who arrive beneath them, stand sentinel at the entrance to Jabali. Lining the passageway beyond are granite boulders, forming the rim of a spectacular natural ‘bowl’ in which the main area is hidden from view, undetectable until you are almost upon it. It is this element of surprise, of revealing the unexpected that makes Jabali so special. A short walk takes you to the rim and the magnificent views of the baobab-studded landscape stretching ahead. 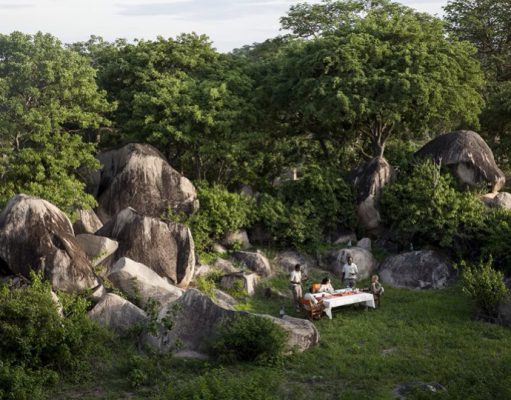 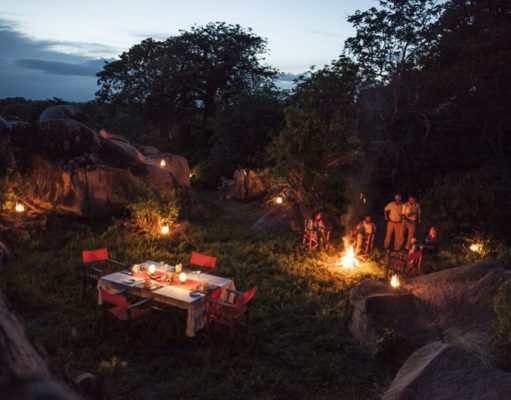 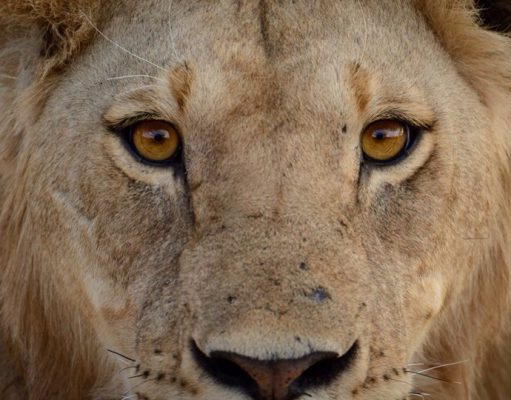 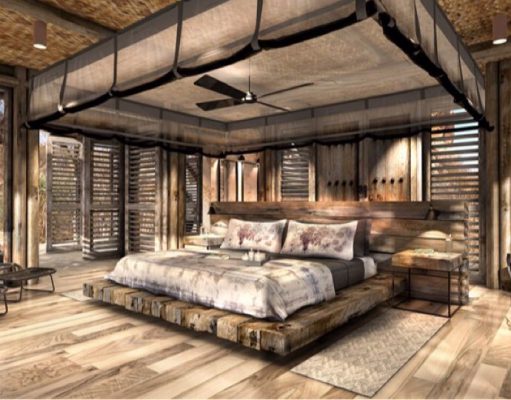 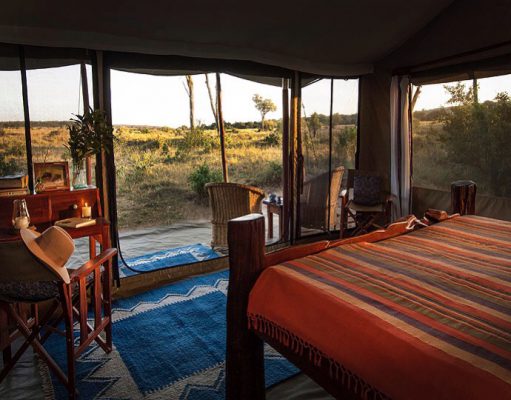 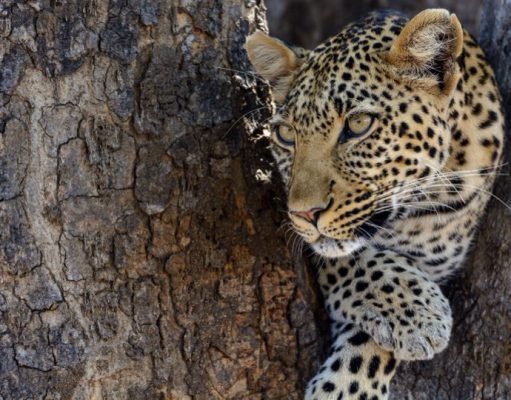 The main areas are predominantly open. Granite boulders form natural partitions and provide privacy, as well as enabling air to flow freely through the spaces. Guests can socialize in the dining area, sitting area and bar and large trees provide shade in the heat of the afternoon. The rim-flow infinity pool and bar offer spectacular views of the park below and quiet spaces, such as the extensive library and spa, are the perfect places to unwind after game drives and walks

Each guest room has been designed to showcase the views over Ruaha from every corner, be it from the bed, the desk or the bathroom. Every way you turn, nature is evident. Timber, used in the studded wooden doors and the bed, gives an earthy feel to the rooms as well as allowing the structures to blend effortlessly with the environment. Soft colours are used throughout, letting the stunning surroundings take centre stage.

The entire room is made of timber louvred shutters – our solution to the harsh climate of Ruaha. The louvres can be used in three different ways for the utmost comfort depending on the time of day and year. When closed and tilted down completely, the shutters offer maximum privacy as well as darkening the room – a default on cold evenings and at night. When closed with the louvres open, they provide privacy and security but still allowing for air movement on hot days and evenings. Finally, with the louvre doors open, the lines between building and nature are blurred and the room is open to the panoramic vistas of Ruaha – ideal for hot afternoons. Each of the 10 luxury suites feature a private outdoor lounge and ensuite bathroom.

An exclusive activity available on request at both… Is the opportunity to see human/wildlife conflict mitigation in action. during which guests will visit a predator proof boma, see the Anatolian sheep dogs and visit a clinic supported by the Ruaha Carnivore Programme (RCP) – one of the added benefits villagers derive from conserving wildlife.From there guests then stop at a camera trap and learn how it works before heading to the RCP camp where you can enjoy a Q&A session over lunch/tea & coffee and see the photos from the traps. For more information on the project see www.ruahacarnivoreproject.com.  Contact us to include Jabali Ridge in your Luxury Safari itinerary and benefit from our fabulous opening special rates.