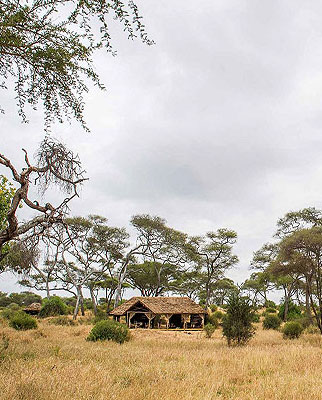 Departing Chem Chem was hard, it would take something special to outdo such a fantastically spoiling place. Emmanuel took me on a slight detour winding through local villages avoiding the main dusty highway entering Tarangire National Park. Here I met Ian, who was going to be my new safari guide for the next 2 weeks as we went from Tarangire to the Ngorongoro Crater and then on into the Serengeti. I was joining a Nomad agent trip along with a few other people who have the same huge passion for Africa as we do.

Saying my goodbyes to Emmanuel, we entered through the main gate way into Tarangire National Park. WOW! We were spoilt for choice with animal sightings from the word go. Tarangire is renowned for its spectacular elephant sightings, where they stroll across the plains in vast herds. These rumours were not wrong, every 10 minutes or so we would see elephant everywhere, it was brilliant! Along with herds of zebra, buffalo and tons of different types of eagles.

A two-hour drive through the park, we then pulled into Kuro Tarangire. This small and beautiful lodge is nestled snug on the banks of a small river bed, where many animals use it as highway to get to and from fresh grazing and water sources. Kuro is an eco-lodge through and through, doing its utmost to save on water and wasting as little energy as possible. You are welcomed with warm towels to cool you from the heat of the midday sun as well as to wipe away the dust from the bumpy road en route. We are then lead down to the main mess area, with simple comfy sofas, chairs adorned with sheepskin rugs to aid your comfort. We were given a welcome speech by Raj and a general run over of rules and regulations whilst staying here and then shown to our rooms. I am staying in their family suite which is two wooden structured suites with adjoining pathways. Supremely sumptuous beds, with canvas netting surrounding you, you have unspoilt views of the bush outside. Kuro has the famous bucket showers, or speaking showers, where you place your order for a shower in the morning the evening before and/or radio through on your game drive if you would like a hot shower upon returning.

We set off on our afternoon game drive and witnessed the most spectacular sighting of a vast herd of elephant strolling across the Silale swamp. It was something extremely special to witness. On returning to the camp, having placed our orders for showers, we settled down by the camp fire in the mess area, gin and tonics in hand and chit chatting about what we had seen during the day. Supper was delicious and lit beautifully with lots of small eco tea lights dotted around the table – enough light to see what you are eating but not at all intrusive. Superbly grilled tilapia accompanied by a delicious sauvignon blanc, what more could you ask for? 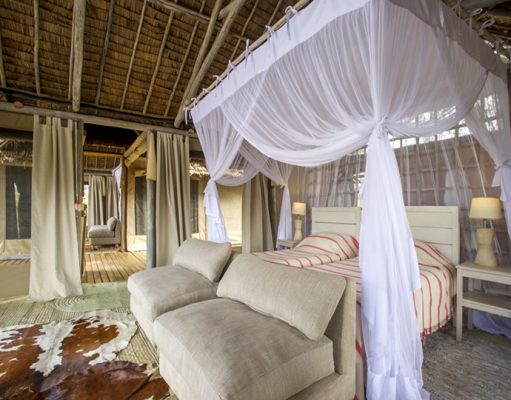 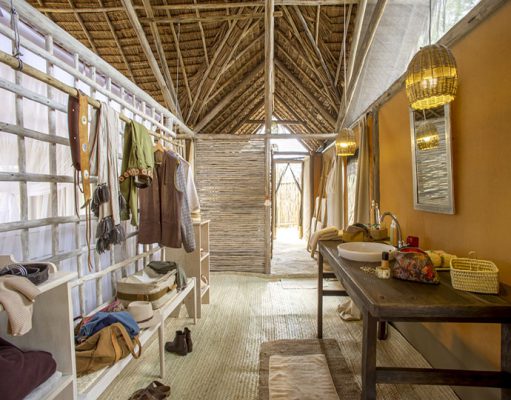 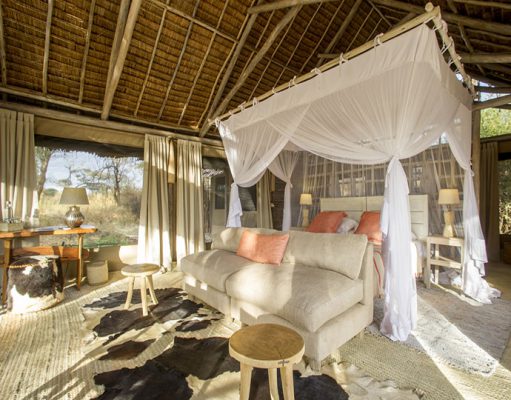 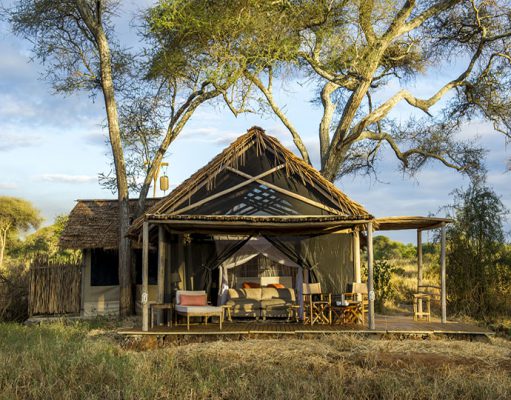 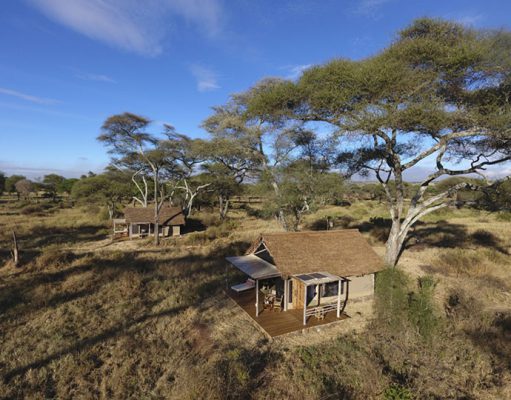 We were then escorted back to our room, guided by our askaris and the stars, our heads hit the pillows and we were lulled off to sleep accompanied by the sound of hyena howling and an elephant pushing over a tree nearby!

Morning wakeup call came at 6am accompanied by coffee and a purple and pink sunrise. Walking boots/shoes at the ready, we all met Ian at the main mess area and began our walk. Off into the wilderness. Safaris are not only about seeing the big game animals such as elephant, lion, leopard, rhino and buffalo, but it’s also about the small things that pass us by which are equally as fascinating, if not more so that play a huge role in how nature runs. Everything has a balance and helps one another out, walking safaris are truly fascinating experiences. We finished our walk with breakfast underneath the shade of an acacia tree.

After a rather leisurely afternoon spent talking about safaris (!) gin and tonic in hand, obviously – we all reconvened and ventured out on an afternoon/night drive – were we spoilt for choice or what?! We were just driving slowly past the Silale swamp when Ian casually said, ‘oh look, there’s a leopard’ – in fact he said this so quietly we all slightly missed what he said and sure enough, about 30 metres back, lounging in a tree was a huge male leopard. Initially none of us could see him, it was only when he dropped his spotted tail and it was swinging beneath the canopy of the acacia tree it was in that we saw him. He was utterly beautiful. It really is amazing how nature has developed such stunning patterns all to help with camouflage.

We then stopped for a spot of sundowners, the colours of the horizon changing minute by minute from blues, to purples to pinks to orange, it was stunning. We ventured off on our night drive and soon came across epic game sightings! Firstly, we saw a serval hunting beneath the trees where we had previously seen the leopard, then this was quickly followed by a sighting of its kitten! Soon after, a wild cat ventured across our path. Not long after that, we spied several hyenas then a genet and en route back to Kuro, spring hares appeared – these are the sweetest and most unusual animal in Africa, they are a cross between a rabbit and a kangaroo; long hind legs like a kangaroo but with the face of a rabbit or chinchilla!

Kuro Tarangire is a very simple yet stylish camp where you can feel at one with the African bush. The food is superb, and the camp staff are friendly, very welcoming and extremely helpful. As for the wildlife viewing, well! Its brilliant!