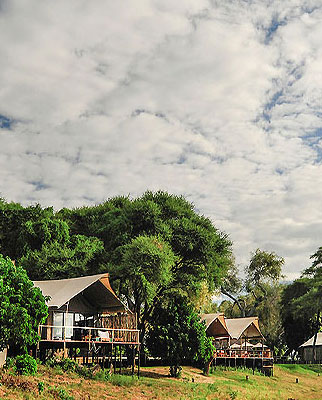 Our luxury safari consultant Sophie has just returned from Anabezi.

We turned down a small river offshoot and were met by a pod of hippo and a smiling crocodile sliding into the water. Then Anabezi emerged through the trees, built up above the now redundant water plains, Anabezi is a thoroughfare of rustic board walks interspersed with round tented rooms. John, my personal guide for the day and night met me at the waters edge, collected my bags and drove the short distance up the slope to the main entrance of Anabezi. Most of these camps exude an almost Jurassic Park feel, with guides taking you back to your rooms after dark in case you were to encounter a rogue leopard or pride of unruly lions.

Handing me a refreshing welcome drink, which, colour wise, resembled a sunrise, I met Frank, one of the head managers and then Paul the owner. Paul was fab. His daughter Carly was the manager at Sausage Tree, so quite the family affair. We made plans of what to do later, I was shown to my room which was absolutely beautiful, round shaped tent with the bathroom in the middle, a large deck outside and plunge pool facing out towards the river. The round to the right, past the humungous triple king sized bed there was an outside shower. Like I said before, Anabezi is all connected by a long boardwalk stretching about 670 metres altogether, quite impressive. There are two main hearts to the camp; obviously the meet and greet area with sumptuous sofas, a pool and book case packed full of books mainly to do with Africa. There was the most magnificent painting of wild dog, buffalo and zebra stretching along one of the walls, it almost looked like you were looking out of a window onto the plains. The bar being the real centre, it curved its way round winter thorn trees leading you towards a series of tables and chairs for breakfast, lunch and supper.

Paul joined me lunch and chatted me through everything Anabezi. Like Chiawa, Anabezi has a sister bush camp not too far away called Amanzi. Camp wise, Anabezi is relatively new, only really about four years old. There was an old run down camp in its place before hand but they basically started from scratch, moving four of the original tents from one side to the other and adding a few more on.

At around 3.30 in the afternoon I met Frank for some afternoon tea on the deck; delicious homemade chocolate cake – I really shouldn’t have, but I did – we were speaking about my trip here last year visiting my friend Zim at his home in the Mkushi farm block and he said that he knew of one of the farmers from around there. I mean this is Zambia, which is reasonably smallish, but talk about a small world. One of the sons from the family he was referring to was in the year below me at university and we stayed with him for a few nights en route to Zims from Lusaka. The other family member works in Anabezi’s reservation department. We could have got our wires totally crossed, but what a small world! 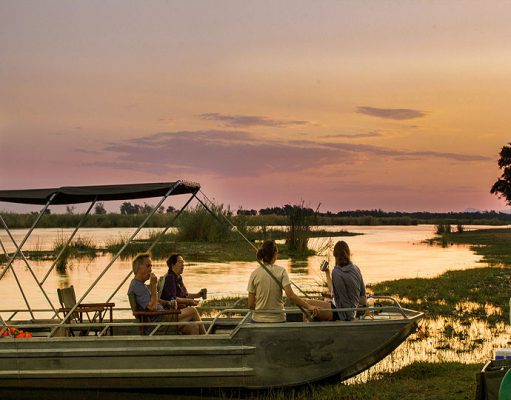 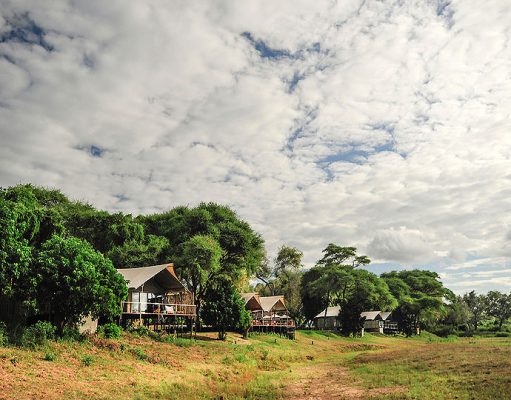 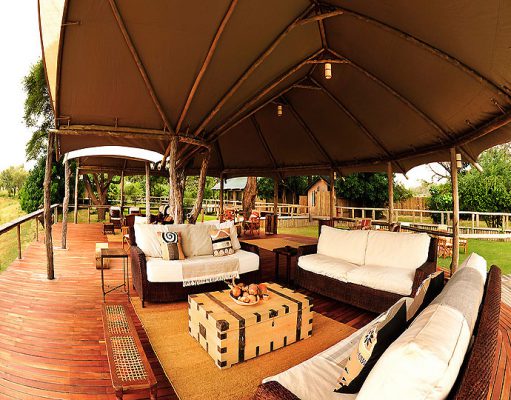 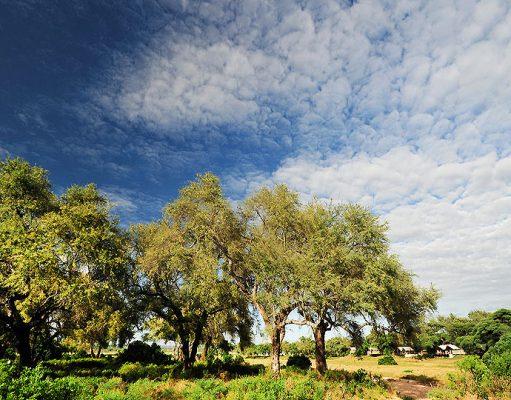 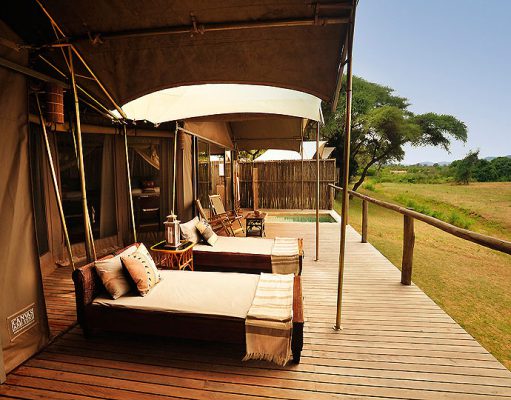 I left on a game drive with John, hoping to find some lion that had been in the area the night before. Sadly we didn’t come across any. We did however, find a magnificent bull elephant just snoozing beneath a tree before we stopped for sundowners. He slowly turned around and started meandering toward our vehicle… Quick as a flash, John turned on the ignition as the elephant flapped his ears and began to run towards us. John had noticed last minute that this elephant was in musth; glands leaking down the temples of his head, along with a strong unpleasant smell of urine. The great thing about this whole situation is that I got it all on camera! See our instagram for that video which is quite hairy!

We had our sundowners on the most stunning stereotypical African plain. When the sun had dipped below the horizon, we set off in search of some big cats. Unfortunately we came across no big cats, but we found plenty of small cats – Genet being the choice of the evening. These are not really cats, having earlier said they are part of the cat family, they are actually a type of mongoose. You learn something new everyday out here, it’s enlightening.

Paul joined me for supper as well, great to have some company when you’re travelling on your own. There was this lovely French honeymoon couple who were also staying at Anabezi having never been to Africa before. Both were from Paris and had gone to Warwick University.

Returning to my bedroom, the Anabezi staff had left a delightful short story on my bed to read before I went to sleep. It was how the Dassie didn’t have a tail – the lion being the King of the jungle decided to give every animal a choice of tail, but the Dassie was lazy and asked the vervet monkey to bring what was left over for him. The monkey forgot until the last minute, but to teach the Dassie a lesson, they kept the small tail for themselves and attached the fluff on the end of there own. The lion thought he deserved it and never gave him one, and that is why the lazy Dassie has no tail.

The surrounding area of Anabezi was incredibly noisy tonight. There were hippo EVERYWHERE and incredibly vocal. There was one seriously loud one right outside my tent, chomping away on the surrounding shrubs. I guess they would be the kind of guest you dread for a dinner party – eating loudly with they’re mouths open and being far too vocal…! In the distance I could hear hyena begin howling – ooooowhip (I need to do the impression really, but it’s a noise you wouldn’t expect from this creature).

Had a delicious breakfast with my elephant friends who was meandering through the trees in the distance, then John took me on a canoe safari. Well I started off on the Lower Zambezi in a canoe, only seems fitting I finish it in one too. We set off from camp and passed my breakfast companion crossing the stream in front of us.