As promised, we are back to regale you with more tales from Somalisa. Well, we had to because as we were there for two days and so much happened! In particular, we wanted to share the big cat stories and what to expect when you’re on a walking safari. 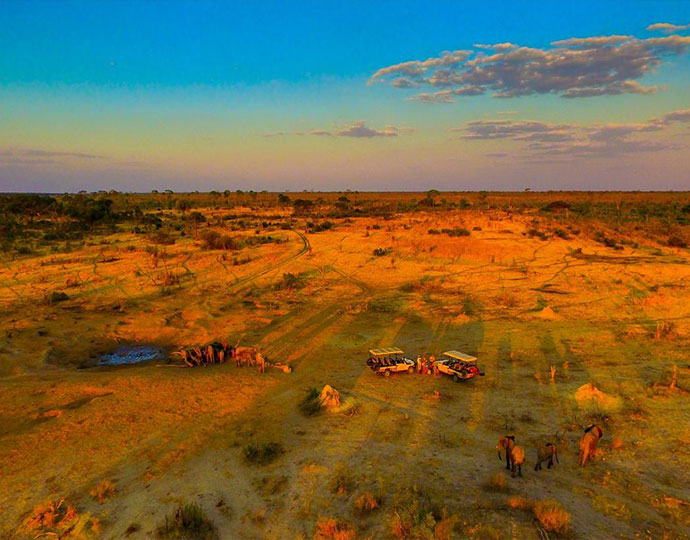 We’ll start with the lions. After a bit of breakfast, watching the sunrise, we climbed aboard our vehicle and ventured off in the fresh morning air. Having heard there was a lion sighting in the area, we began to scan wherever possible and having almost lost hope, a voice from the back of the vehicle suddenly said ‘lion!’ Sure enough, to our left about 200 metres away, was a lioness standing right in the open followed by some younger cubs and one quite small one. Then, as we looked harder, there were more lioness emerging from a nearby bush with some more cubs.

This pride of four female lioness, known as the Spice Girls, was once the famous Cecile the lions’ wives. Sadly, with Cecile’s demise, these lionesses obviously needed a new leader to continue their lines. There were two male lions close within the area who had taken over the pride and not too far away were three male lion who were the prodigy of Cecile himself. The sighting was wonderful, these lionesses where utterly stunning with really white lines underneath their eyes, reflecting the suns rays. 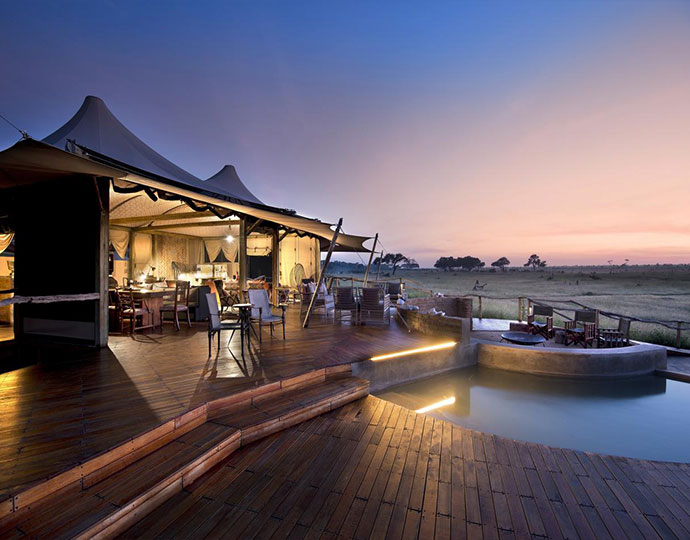 Now for the story of the cheetahs and a very grumpy hippo. We had had a rather sedate game drive, even stopping for a while watching a huge bull elephant munching his way slowly through the branches of an acacia tree. We had stopped for sundowners in an open area of Hwange, known as Kennedy 1, when we suddenly saw some movement in the distance. In between the herds of Zebra, Gnu and Wildebeest as well as the occasional herd of elephant, we spied four slinky shapes moving reasonably quickly towards a watering hole. Drinks in hand, we packed up everything and headed off in the direction of the watering hole. Having looked through our binoculars earlier, there was one mother cheetah and three young cubs, still with the tufts of hair they have on the back of their necks and shoulders. They must have been about three or four months old. We came to the watering hole where all four-cheetah crouched down to take a long overdue sip of water, quenching their thirst from the heat of the day. One cub began to look a bit nervous and decided upon looking at a hippo in the far ends of the watering hole, he did not like the look of it. Soon the other two, began to get a little nervous, even nipping the back of their mother so as to say ‘mum, we need to go’ but the mother cheetah just kept on lapping up the water. She was however, eyeballing this hippo that began to move ever so slowly towards her. She kept drinking. The hippo slowly emerged out of the water and began to approach the drinking mother cheetah, meanwhile, her cubs had disappeared quite far behind her to escape any danger, but their mother just kept on drinking. As the hippo approached her, he suddenly charged, scaring her away from the water’s edge and retreating to her cubs. That hippo had been sitting in that watering hole all day and grumpily took a disliking to these poor thirsty cheetahs. It was all quite exciting though!

We returned to camp lit up with excitement about the scenes we had seen and as we arrived in camp, we had a wonderful sight of a herd of elephants drinking out of the ellie pool. What a day!