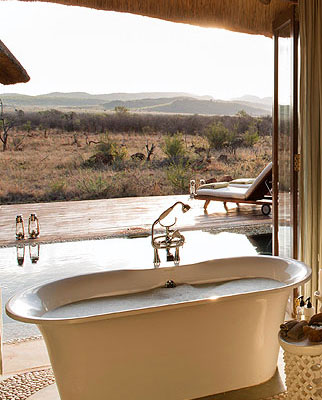 We travelled by road. Hopping off our plane in Johannesburg, a rather tiring and long night flight (although BA was extremely comfortable and the flight was an enjoyable experience overall for economy!) We were met by our Ilios transfer who would be taking us to Madikwe. This was an adventure in itself to see the landscape changing from the bustling mines surrounding Madikwe to the rugged terrain as we approached Madikwe (this took a total of 5 hours but we would usually organize for flight transfer which takes 1 hour).

We turn down a bumpy track and come to the park entrance – if you happen to be self-driving or in a taxi, although everything will have been paid for previously, they request you sign in and once you leave the lodges and camps you are staying at, you will receive a stamp to confirm where you have stayed – this is purely due to monitoring your own safety and the security of the reserves and parks. Once we had made our way through, we barely gained 20ft inside the gates when we spotted a lone bull elephant taking refuge from the midday heat under a nearby acacia. It didn’t end there, as our eyes scanned the red dry landscape, giraffes emerged, along with dazzle after dazzle of zebra, more elephants, impala and then ostriches. The quantity of wildlife was unbelievable already.

As we approached the camp, our mouths open in awe as to how much game we had already witnessed, we were just totally blown away. Then… STOP! The car came to a grinding halt, quickly into reverse and just out of our right window were two lioness, snoozing below a tree, they really couldn’t have cared we had almost, almost but not! Run them over!

We arrived at Madikwe Hills, with its beautiful thatched roof over its entrance. A cool towel and refreshing drink swiftly placed in our weary travelling hands and then we were guided down wooden board walks to the main mess area for lunch. Madikwe Hills is built on the side of a kopje and molds its way in and around its natural obstacles with wooden board walks and then the occasional path that disappears off to a room, all very private and in keeping with the natural lay of the land.

We settled down for lunch in the shade upon the deck with the most sensational views over Madikwe. This time of year, it becomes incredibly hot, the earth is of a reddish hue and the area becomes dry with the need for water is crucial. Madikwe has a number of watering holes in front of the camp and some of the rooms which of course attracts game in abundance. After lunch, we were shown to our rooms and became so engrossed with the flowing animal action surrounding the watering holes, we nearly missed our afternoon drive!

We had a couple of hours spare after lunch before our 4pm game drive, which meant we could enjoy the beautiful rooms. You walk into your room and the space is amazing; entrance/sitting room, with your bed taking center stage as you bare left, draped with mosquito nets and our bags already in place in our dressing room situated behind the bed. This then leads on to the bathroom equipped with a his and hers sink, stunning bath, outside and inside shower and then a cool plunge pool with front row seats to the action of the African bush.

We arrived back for tea at about 4pm where we met Hannes the general manager and misty his staffy. Every sort of refreshment and delicious afternoon tea treats were laid out for us. There is a tradition when you are on safari, you must eat every couple of hours otherwise one simply could not cope! We then met Sam our guide and Herman our tracker and set off to see what we could find. We came across two male lions snoozing by a nearby dam with extremely full tummy’s. A 40-strong herd of elephant who were having a ‘spa day’ on the fence line – elephants are amazingly resourceful, knowing water to be scarce at this time of year, they can pick up on running water below ground through their feet and then they dig down to where the source is. On the fence line they had found water and were enjoying a nice long drink. They were using the now muddy water as mud packs and face masks, using their dexterous trunks to spray it over their skin protecting them from the harsh rays of the African sun – the nutrients in the mud nourishes their skin and effectively acts as a natural moisturizer and sun screen. 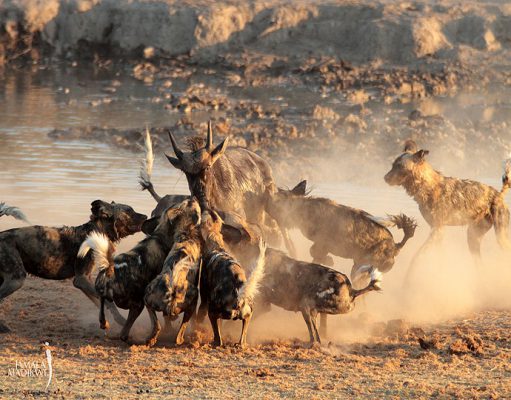 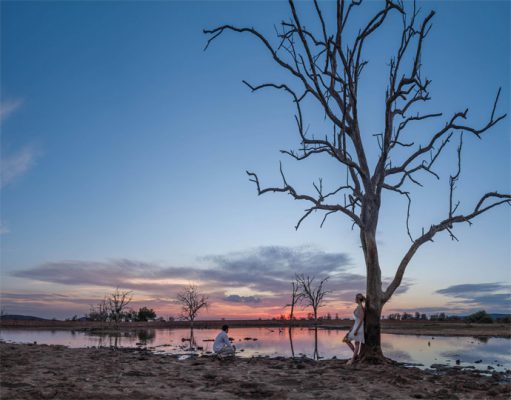 There was a crackle from the radio and a report came through that a leopard had been spotted in the nearby area. Off we went in search of Africa’s most elusive cat. Seeing reasonably fresh tracks on the dusty road, we grinded to a halt and left Sam and Herman to do their thing! Sam came rushing back to the car and asked if he could borrow my camera. There was a lot of excitement in the vehicle at this point. Sam and Herman came back to the vehicle with images of the fresh remains of the leopards recent Impala kill. Sadly, no sign of the leopard, she may come back later to retrieve her kill perhaps.

Pulling into an open area just off the side of the dirt road, we stopped for sun downers. Far in the distance were the shadows of around 5 white rhino gently grazing on the last little snippets of greenery before the dry season really takes a hold. With the sun going down behind the escarpment, the warm still air surrounding us – perfectly made gin and tonics in hand, you really can’t get any better than this.

Finishing our sundowners and delicious biting’s, we headed off into the twilight to begin our night drive. The sound of the bushveld had changed considerably with insects and frogs singing their evening chorus becoming louder by the second. We spied a greater spotted eagle owl perched on top of a fallen log, he was beautiful and definitely enjoyed the attention of having a few cameras pointed at him.

Upon returning we were welcomed with warm towels and a tipple of banana liqueur topped with amarula. Supper was delicious, many of these South African lodges and camps offer locally reared and bred game such as Kudu, Eland, Impala and Ostrich, tonight Kudu steaks were on the menu and were cooked to absolute perfection. The sounds of night echoing around us with a canopy of bright stars overhead we talked about the sights and sounds we had witnessed throughout the day.

Heading to bed, we were like budgies; as soon as the light switch had been switched off we were out for the count. Our morning wakeup call came as a bit of a shock and far too early. Dressing in warm clothes, longs and a few jumper layers, along with camera and binoculars packed ready to go, we headed up to the main mess area for some coffee and tea. On walking up, we were admiring how clever this camp had been built by winding its way around the kopje rocks, we then noticed a few of the smaller boulders were moving… and were furry…!  These were in fact the resident Dassie’s or Rock Hyrax who had been residing here years before the lodge had been built and were, of course, now part of the camp. The Dassie’s closest living relative is the elephant, despite the obvious size difference, this is based on the formation and similarities both animals have with their feet and teeth. Mini furry elephants (!) they are utterly adorable.

We set off into the early morning, the sun emerging slowly on the eastern horizon. These early morning safaris are always quite fresh, so packing those extra jumpers may seem bonkers initially, but worth it come your morning game drive. As the sun begins to rise showering the plains in an orange glow, we notice the heat beginning to encroach on our surroundings. The wildlife love this time of the morning and are at their most active. We were incredibly lucky to see a fantastic sighting of a male leopard taking refuge in an abandoned aardvark hole, his eyes peering over the edge of the hole and his spots enabling him to become incredibly well camouflaged against the beige, red earth. This was an incredibly lucky sighting as we had in actual fact been looking for three hyena that had been reportedly seen in the area – on safari, expect the unexpected and you will never be disappointed.

We returned back to the lodge for a delicious breakfast of eggs benedict with balsamic infused cherry tomatoes and grilled asparagus. All the staff are tremendously attentive, very friendly and helpful at Madikwe Hills, the food is superb and the guides are exceptional – especially Sam and Herman, who are definite force to be reckoned with! 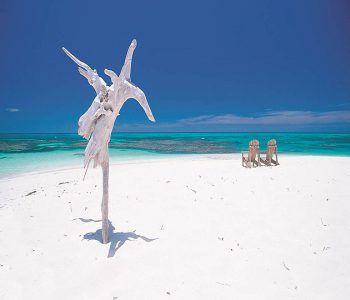