Central India holidays and safaris are not just about seeing tigers (although that is absolutely magical and will exceed your every expectation) – the area of central India is also of huge historical importance, hence it is not unusual to see your tiger sat majestically atop an old monument. There are intricately carved temples, forts and pretty villages.

The central India reserves of Kanha, Bandhavgarh and Pench offer not only some of the best wildlife viewing in all of India, but also the most ethereal landscapes of meadows, lakes and forests.

Tribal links are very strong here and so you can also have an authentic, colourful and vibrant experience with the local people. There are endless medieval wonders and beautiful displays of ancient Indian architecture. Central Indian safaris and holidays are wild, remote and off the beaten track with some extremely luxurious properties.

Bhandavgarh is the smallest of the 3 parks in Madhya Pradesh and was once the hunting grounds of the Maharajahs of Rewa and is named after the highest hill on the land. In 1968 parts of the park became a national park and is known for its large population of Royal Bengal tigers. The rugged jungles of sal trees and bamboo give way to grassland hiding the ruins of Bhandavgarh Fort. 22 species of mammals have been seen here and is home to a large number of leopards as well as tigers.

The largest and one of the best maintained of the National Parks in Madhya Pradesh,  Kanha’s sal forests and meadows are said to contain around 75 tigers alongside leopards and over 400 barasingha (southern swamp deer) which exist nowhere else in the world. The world’s largest wild cattle, Gaur and dhole (India’s wild dog) can also be found in the forest landscape. The area encompasses the Banjar and Halon river valleys and these areas were among the first reserves to be protected under Project Tiger.

Scenic and quiet, Panna National Park lies in the shadows of the famous town of Khajuraho and is situated on the banks of the river Ken. Declared a National Park in 1981 and a Tiger reserve in 1994, is maybe the least well known of the parks in Madhya Pradesh. Characterized by extensive plateaus and gorges with waterfalls, the river Ken provides much needed water to this relatively dry national park. A wide range of animals can be seen here including wild dog, hyena and sloth bears more than 200 species of birds can be seen.  Crocodiles can be seen along the river. Boat safaris are available here which gives a different view of the park. 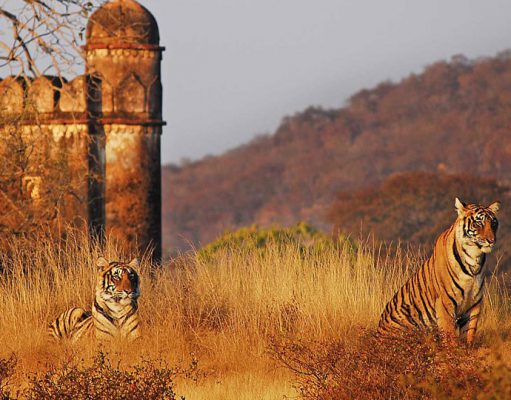 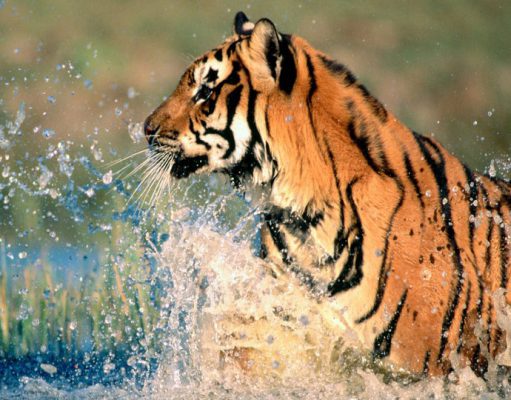 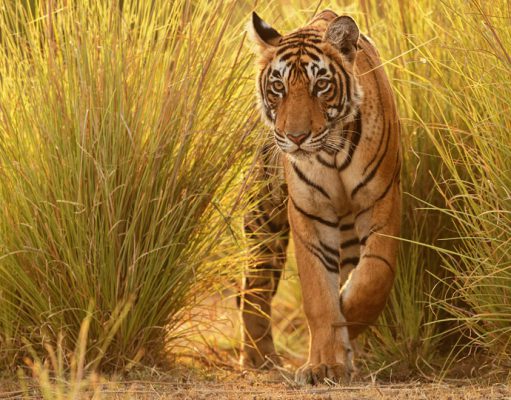