Desert Rhino Camp functions as a collaborative effort between Wilderness Safaris and the Save the Rhino Trust (SRT) – an NGO that has been has been instrumental in the preservation of these rare, desert adapted black rhino. Having barely survived the slaughter of ’80s and ’90s throughout other parts of Africa, the black rhino population has doubled since the formation of the SRT.

Set in a wide valley sometimes flush with grass, accommodation at Desert Rhino Camp is in the form of 8 Meru-style canvas tents that sleep up to 16 guests. Raised from the ground on a wooden deck, each tent features an en-suite bathroom with a hand basin, flush toilet and shower. Beds are made up with crisp, white linen and have two dark wood bedside tables with wicker reading lamps. An extension of the deck functions as a front verandah where guests can relax in director’s chairs to take in the magnificent vistas of the surrounding desert and Etendeka Mountains. Extra duvets are available for the sometimes frosty nights.

The tented restaurant and lounge area of Desert Rhino Camp is also raised on a wooden deck in a single tent which is open plan and has partially open sides offering panoramic views. To one side there are couches and to the other a large, simple dining table. Evening meals are taken around the fire pit, in front of the lapa, where guests can relax and socialize.

Activities at Desert Rhino Camp obviously include rhino tracking on foot or by vehicle. Other 4×4 outings are geared at exploring this vast, miraculous ecosystem with some of the most knowledgeable guides in Namibia. 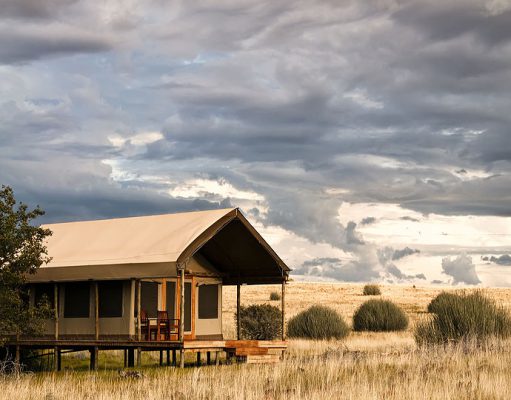 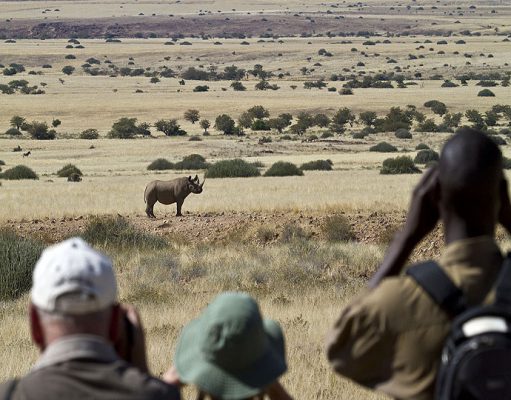 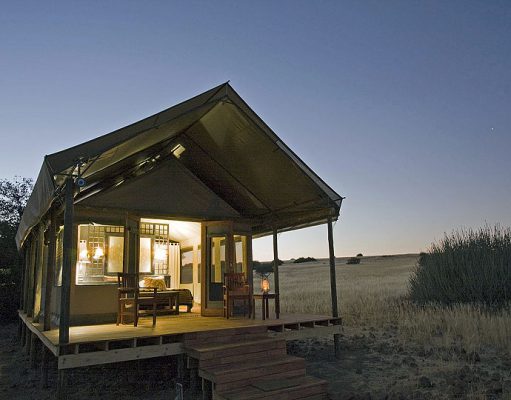 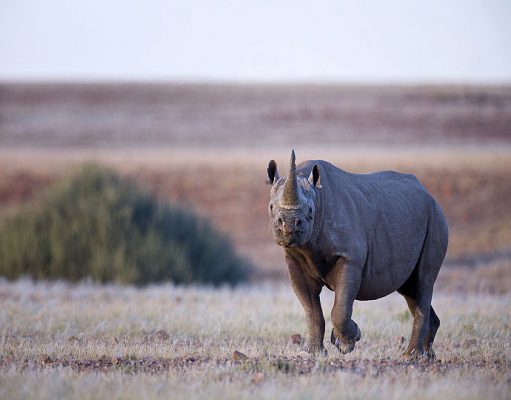 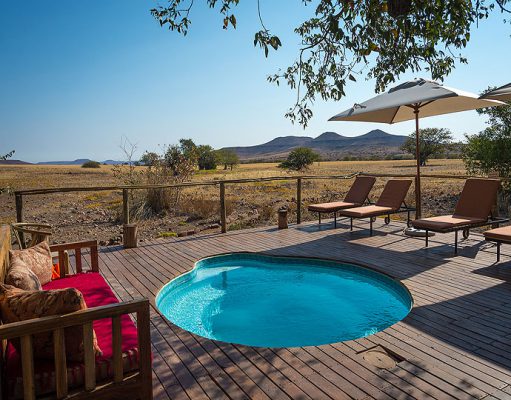 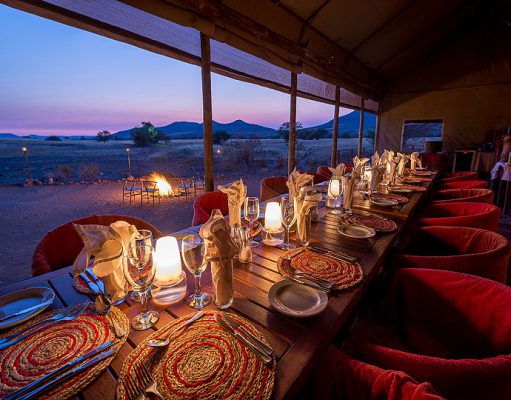 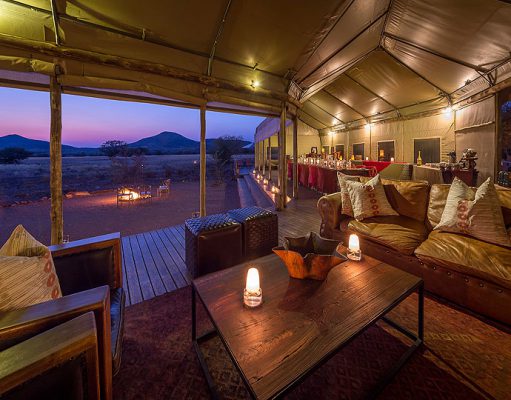 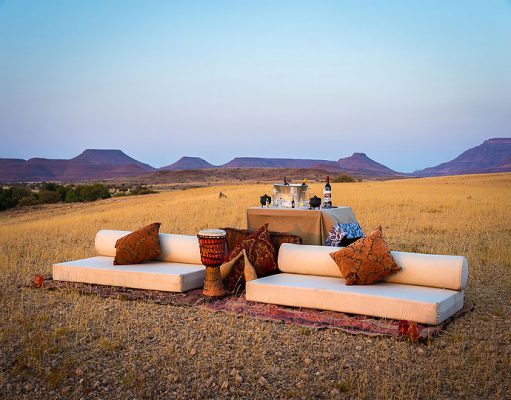 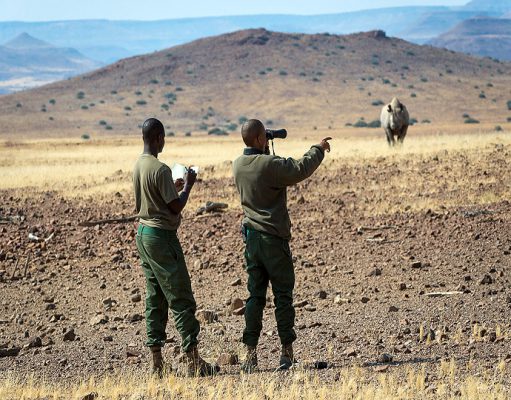