Phinda is described as the “Seven Worlds of Wonder”, with its seven distinct habitats – a magnificent tapestry of woodland, grassland, wetland and forest, interspersed with mountain ranges, river courses, marshes and pans waiting to be discovered as well as being home to 1 000 hectares of Africa’s remaining rare dry sand forest. Situated within close proximity of the warm waters of the Indian Ocean, Phinda is also located within easy reach of the iSimangaliso/Greater St Lucia Wetland Park, a lush conservation area that has earned World Heritage Site status. With unspoiled beaches and spectacular reefs nearby, and an abundance of wildlife, Phinda offers guests the perfect bush and beach adventure.

Phinda is made up of six equally unique lodges that have been designed to complement the different habitats perfectly. Forest Lodge enjoys the dappled shade deep in the heart of a rare, dry sand forest, while Mountain Lodge boasts remarkable views out over the Reserve. Vlei Lodge, on the edge of the forest, overlooks the vast wetland, and Rock Lodge sits suspended over a deep valley below.

Phinda is also home to two sole-use safari villas, Zuka Lodge and The Homestead. Luxurious and intimate, these villas are the perfect ‘home away from home’ for families or small groups of friends sharing a safari together.

Phinda Forest Lodge: Set deep in the heart of a rare and beautiful dry sand forest, Phinda’s Forest Lodge is a mass of exquisite contradiction. Floor-to-ceiling glass walls invite the forest inside, while the dense tree canopy shelters and provides privacy. Floating on stilts above the forest floor while tiny duiker graze below, 16 Zulu Zen suites blend into the dappled shade.

Phinda Mountain Lodge: Wraparound views of the ancient Ubombo Mountain range, this one of Phinda’s lodge’s balances majestically above its beautiful surroundings. The 25 suites scattered along the mountainside offer complete privacy and luxury.

Phinda Rock Lodge: Carved into the rocky mountainside facing spectacular Leopard Rock, Phinda’s Rock Lodge offers complete seclusion, suspended in air over the deep valley below. Six stone and adobe suites burrow into the heart of the cliffside, with solid wooden shutters and doors opening up onto a private viewing deck and plunge pool balanced on the very edge of a breathtaking precipice.

Phinda Vlei Lodge: At the edge of the Reserve’s unique wetland or vlei system at the edge of the sand forest, Phinda’s Vlei Lodge offers an intimate safari experience, with elegant and gracious spaces designed for quiet contemplation of the African wilderness. The six elegant thatched suites look out onto an ever-changing parade of animals on the open vlei.

The Homestead: In this exclusive private safari villa, the beauty of Africa’s wide open spaces is brought right indoors. Large sliding doors in four luxurious suites let in breathtaking vistas. Personal touches and the warmth of a dedicated team of staff, including a private ranger, tracker, butler and chef, bring renowned African hospitality to life.

Phinda is home to an abundance of wildlife, from the largest mammals to the smallest antelope. However, it is the faster of predators that has a special place here. Having reintroduced cheetah to the area after an absence of over 50 years, Phinda has quickly established a reputation as one of the best places to view and photograph these rare cats. Along with cheetah, lion and leopard are tracked on the reserve on a daily basis and guests have a high likelihood of encountering these magnificent animals.

Another success story at Phinda is that of both the white and the more endangered black rhino. Brought back from the brink of extinction, both the grass-eating white rhino and the shrub-grazing black rhino are thriving at Phinda.

The elegant nyala antelope is a frequent sight, with the Reserve boasting one of the highest densities of the species. With its dark brown coat, yellow legs, shaggy mane and bushy tail, the male nyala is particularly spectacular, while the female contents itself with a less flashy chestnut coat. The rare sand forest in the northern parts of Phinda is the perfect environment for some of the rarer smaller species. The shy red duiker is found grazing on fallen leaves and fruit and the tiny suni, one of the smallest antelope species, may also be seen.

The Phinda Private Game Reserve is one of the best examples of its kind in Africa – a place where dreams come true. 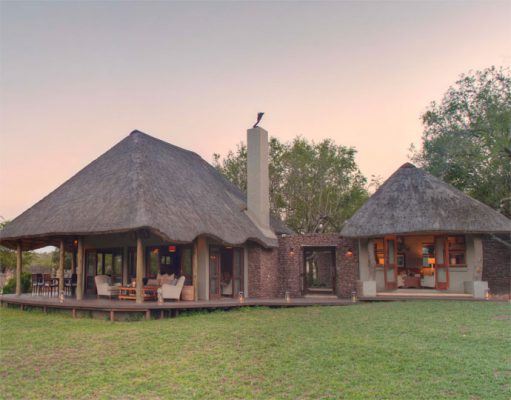 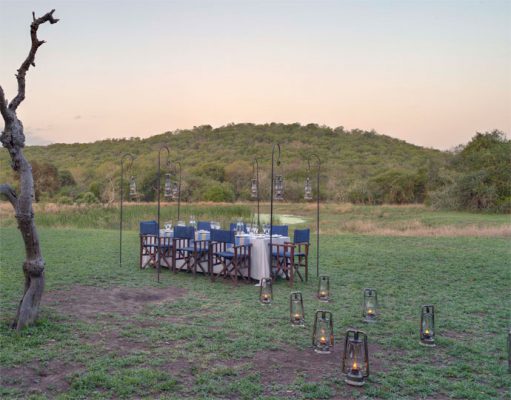 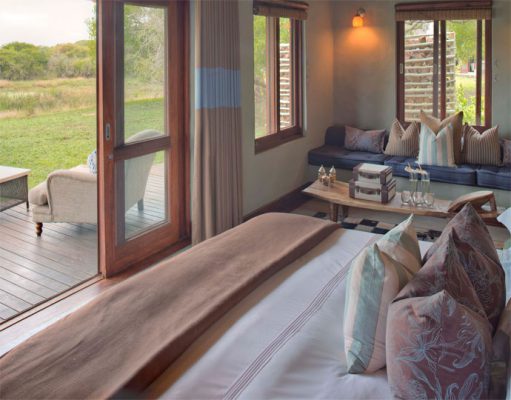 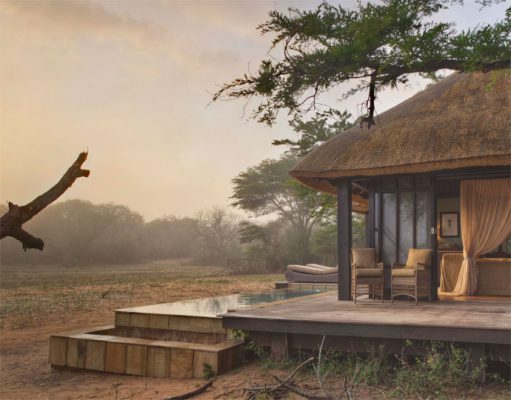 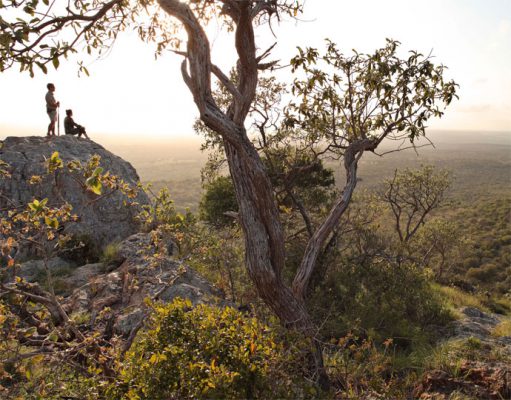 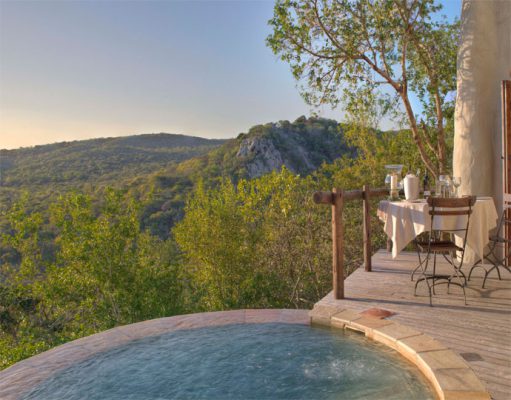 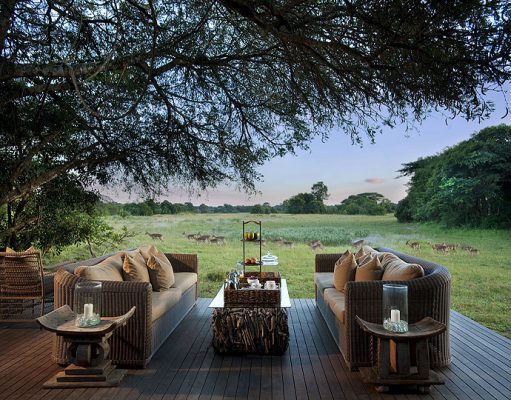 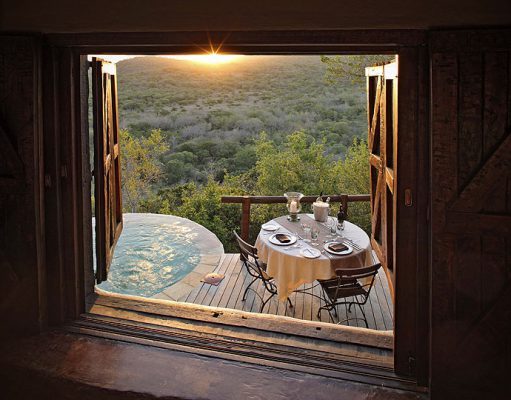 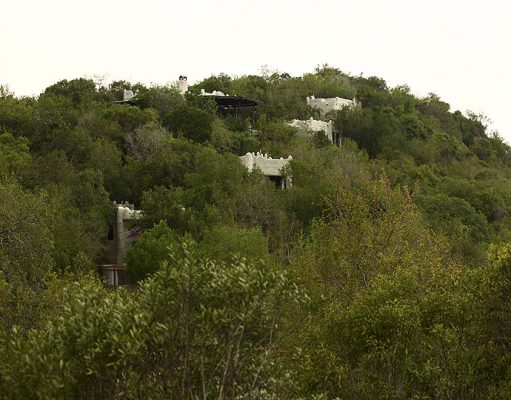