See our list of Luxury Camps and Lodges in The Great Rift Valley, including Lake Natron, Lake Nakuru, Lake Naivasha, Lake Victoria, Lake Turkana and Lake Elementaita, in the left hand menu – or please do not hesitate to contact us.

The Luxury Safari Company’s favourite lodges in the Great Rift Valley are Samatian Island and Loldia House – these all combine beautifully as a safari and beach holiday, with options on the Kenya Coast, the Seychelles, Mauritius, Zanzibar and Madagascar.

The Great Rift Valley is a continuous geographic trench, which is 6,000 km in length, and runs from Northern Syria in Southwest Asia to Mozambique in East Africa. In this dramatic rift sit some of the most beautiful lakes in the world. ART have outlined the best lakes to visit below:

Lake Nakuru lies in central Kenya and is protected by Lake Nakuru National Park, which is one of the best places to see the elusive leopard and the endangered rhino. The lakes abundance of algae attracts the vast quantity of flamingos that famously line the shore. Other birds also flourish in the area. Lake Nakuru is easy to reach from Nairobi. We recommend staying at one of our luxury lodges on Lake Naivasha, and taking a day trip (1 hours drive through the Rift Valley) with one of our expert guides, to see this serene little park.

Lake Naivasha is a freshwater lake, lying slightly north west of Nairobi, in central Kenya. The name means ‘rough water’ due to the sudden storms which can suddenly arise here. The lake has a surface area of 139 sq km, and is surrounded by privately owned sanctuarie”|s, with beautiful grounds which run down to the lakeshore, and are a grazing ground for hippos every night. The lake is famous for the copious amounts of hippo, and 400 bird species it supports. Two smaller nearby lakes, Lake Oloiden and Lake Sonachi are also beautiful, and are home to the Naivasha flamingos. Joy Adamson, Joan Root and numerous other famous conservationists have all had homes on the shores of Lake Naivasha. The Djinn Palace, which gained notoriety during the Happy Valley Days, can be seen from the Lake – and now forms part of Oserian, which is a rose farm, and also a stunning game sanctuary. Lodges on Lake Naivasha are: Olerai House, Mundui Estate, Hippo Point, Loldia House and Chui Lodge.

Lake Elementaita is a soda lake, and Ramsar sitein between Lake Naivasha and Lake Nakuru – with dramatic escarpments and cliffs descending into the lakes, it is one of the most beautiful in the Rift Valley. At the southern end of the lake are the Kekopey hot springs, which are home to Tilapia grahami, and are very popular for bathing. Lake Elementaita became famous when Lord Delamere settled there, at Soysambu, a 48,000 acre ranch on the Western side of the lake, now a successful conservancy and still in the Delamere family. Lake Elementaita is also easily reached from Naivasha lodges.

Lake Baringo is a freshwater lake, also in a very hot area of the rift valley, but is undoubtedly one of the wildest most enticing lakes in Africa. It is the the second most (to Turkana) Northern lake in Kenya’s Rift Valley and has a surface area of 130 sq km – Lake Baringo is fed by several rivers, and is literally teaming with hippo and crocodiles. This is a birders paradise with 470 species of birds living here. Samatian Island Lodge is a small private island in the middle of Lake Baringo and is a must for exclusive or private travelers who want to feel truly remote and wild. Lake Baringo is also the scene of some important archeological and palaeontological sites. Lodges in Lake Baringo: Samatian Island Lodge.

Lake Turkana formerly known as Lake Rudolf, is the world’s largest permanent desert lake and the world’s largest alkaline lake, and crosses into Ethiopia in the North. The climate is hot and very dry, and Lake Turkana is surrounded by volcanic rock and ash, with some volcanoes in the area still active. On and off shore winds can be extremely strong and sudden violent storms are frequent. Turkana is a desolate but heart breakingly beautiful area, where nile crocodiles, scorpions, vipers and nomads live under extreme conditions of heat and aridity. Lake Turkana is now listed as a UNESCO World Heritage Site and is known as the cradle of mankind due to staggering anthropological finds here. Lodges in Lake Turkana: Desert Rose, of we advise helicopter and luxury privately guided mobile camping trips to this remote corner of Kenya.

Lake Victoria is Africa’s largest lake, and the largest tropical lake in the world, with a surface area of 68,800 sq km. Lake Victoria is located in the Southern part of Kenya and also forms the border for two other countries – Uganda and Tanzania. Lodges in Lake Victoria: Mfangano Island & Rusinga Island 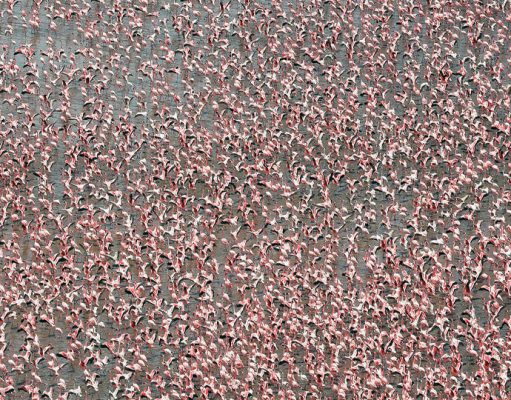 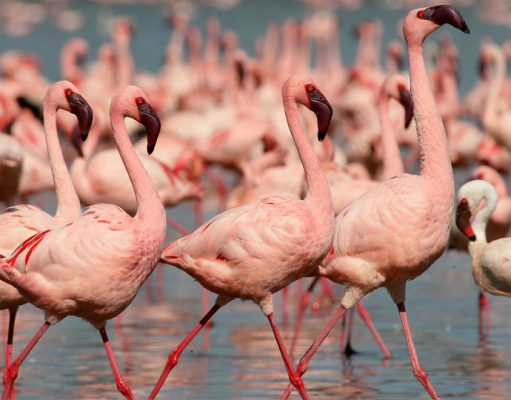 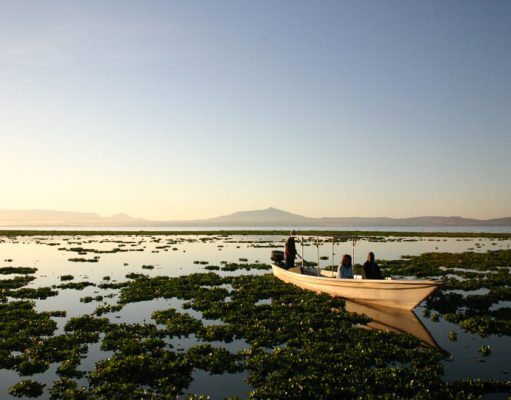